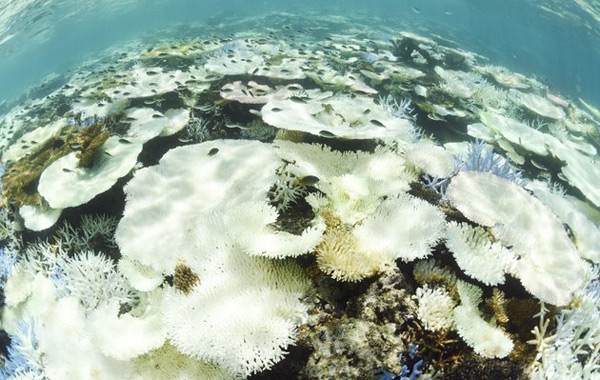 Japan’s largest coral reef is dying due to rising sea temperatures. Over 90 percent of corals on Japan’s Sekiseishoko reef in the Ryukyu Islands, near Okinawa, have some bleaching and 70 percent of the corals have died overall. The reef was surveyed in November and December by Japan’s Environment ministry. The bleaching is the worst in the recorded history of the reef and is due to rising sea temperatures.

The water temperature for the summer months this past year was 1 to 2 degrees Celsius higher than last summer.