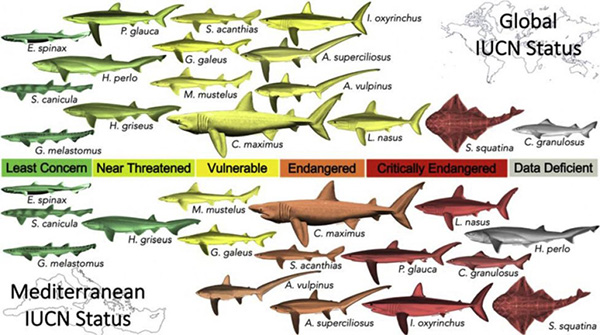 A paper published in the journal Marine Policy shows that 97% of sharks captured domestically by European, North African and Middle Eastern countries fleets are not reported by species. This means that protections afforded by IUCN status cannot be enforced. In addition, the researchers discovered that there is effectively no accounting for sharks caught as bycatch.

Madeline Cashion, lead author of the study said: “The Mediterranean and Black Seas have historically harbored a high diversity and abundance of sharks and rays, but now between 53 percent and 71 percent of them face an elevated risk of extinction.”