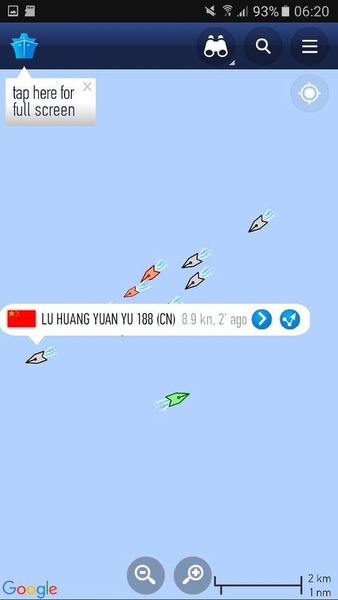 A post on Facebook by South African angler Mark Hicks has resulted in a 28-strong Chinese fishing fleet being interdicted by the authorities. Hicks had been tracking the fleet’s behavior using a smartphone app that tracks vessel movements. He noticed that when the fishing fleet approached the area around Port St. Johns on the east coast, they would switch off their AIS transponders, apparently to mask their presence.

Hick’s post was widely shared, and the South African Fisheries Department tasked a vessel to approach the fleet. When they were hailed, they initially complied with a request to be escorted into the closest port in order to be investigated. However, the vessels subsequently switched off their navigation lights and AIS transponders and fled at speed. The patrol boat was able to apprehend one vessel and escort it into Cape Town harbor. 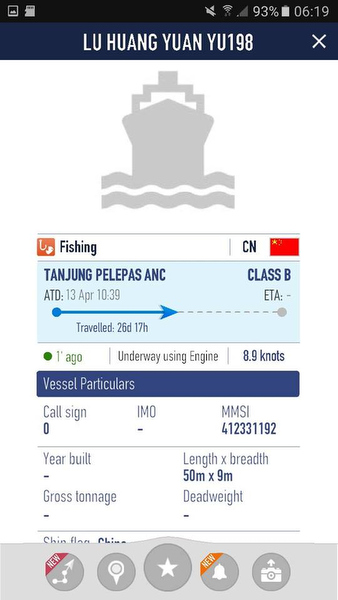 Over the past few years, the famous “Sardine Run” has been quite noticeable by the lack of sardines (Sardinops sagax). Whilst there are many possible causes for this, rumors have been circulating of intense commercial fishing taking place early on in the aggregation, which has prevented the numbers of sardines from either getting as far up the South Africa east coast or gathering in sufficient numbers. The presence of this fleet, coinciding with the imminent start of the run may suggest that there may be a causal link.

(Images by Mark Hicks. The vessel tracking app he used is called Marine Traffic and is available for iOS and Android.)