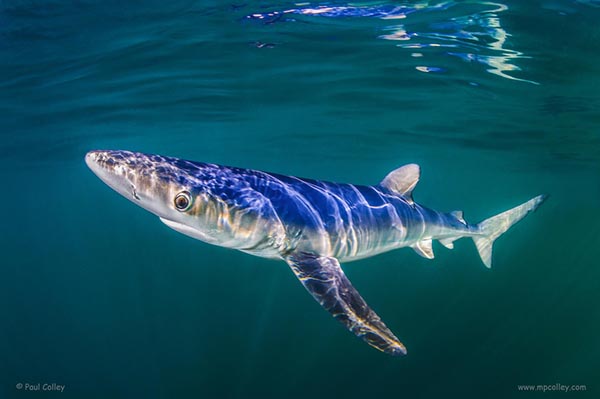 The British Society of Underwater Photographers (BSoUP) has launched the British and Irish Underwater Championship (BIUPC). Any image taken underwater between 10am and 10pm on 4 September 2105 within the UK and Ireland is eligible for entry.

For the first time, photographers in Britain and Ireland will compete against each other to produce the most eye-catching images from the waters around the shores and within the inland lakes, quarries, rivers and even caves of the two islands.

Entitled the British and Irish Underwater Photography Championship (BIUPC), the ground-breaking competition is open to images taken on any type of camera which is or can be waterproofed.

These range from action cameras, smart phones, tablets and pole-cams to the most expensive professional digital models. Only photographs taken from 10pm on September 4, 2015 and submitted by the same time the next day are eligible. Image enhancement will be allowed and, as all entries are to be submitted by email, allowance will need to be made for poor connectivity in remote areas.

Categories will be separated by the sophistication of the cameras and also by the techniques involved – wide-angle and close-up. There are also special categories for cameras with small sensors as well as an award for the best newcomer.

Organised by the British Society of Underwater Photographers (BSoUP), the oldest such body in the UK and one of the longest established in the world, the scope of the contest has only been made possible by advances in digital technology.

Said the Society’s competitions’ secretary, Paul Colley: “The aim is to both showcase and recognise the talent that exists in the British and Irish underwater community.The images created will be a celebration of the diversity of marine life that exists around our shores and within our inland waters. Entries will be judged by a panel of three expert underwater photographers and the results announced at a special function on September 19. The event is the logical development of the one-day ‘shoot-outs’ or ‘Splash-ins’ that BsoUP has organised every year since its formation in 1967.” “ “Since its inception, the format has been copied throughout the world for other similar events and even world championships. The ‘splash-in’ has always been a fascinating event because it has focused on one particular part of the UK coast, mostly the Plymouth area, and has revealed the wide variety of subjects that can be found and photographed in a comparatively small area during one particular day. The new event will provide an even broader and more revealing snapshot of life and scenery in British and Irish waters. Over the coming years, the accumulated images will provide a unique record of any variations that occur, including perhaps the influence of climatic changes.”

Added the Society’s chair, Joss Woolf: “The major prize will be the Peter Scoones trophy, in honour of our late co-founder. He was a driving force in the creation and development of the Society. Peter was not only one of the pioneers of underwater photography – he has been ranked alongside other legendary figures such as Hans Hass - but he foresaw the advantages offered by video technology before other wildlife cameramen and changed forever the way underwater wildlife films are made. Last year he was awarded the Society’s first Lifetime Achievement Award in recognition of his remarkable contribution to underwater photography.”

The competition has its own website – which contains full details of the event and the various categories that are involved.