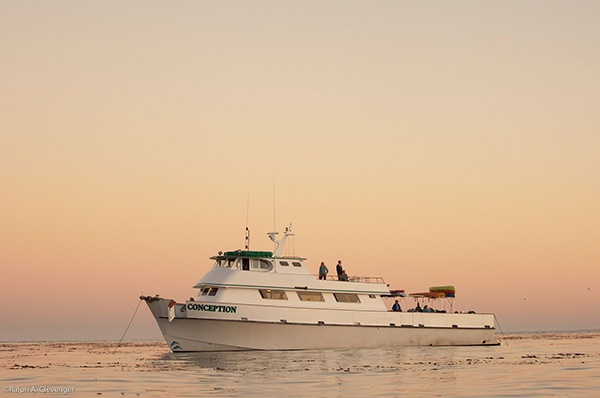 CNN and other news agencies are reporting that the popular California Channels Islands dive boat “Conception” is on fire and that there are 34 people missing. The reports also state that 5 people have been rescued by the Coast Guard. The vessel’s owners, Truth Aquatics, note that it set out from Santa Barbara on Saturday and visited several diving spots around Santa Cruz Island, and was due to return to port at 5 pm today.

Wetpixel is tracking this terrible event and will try to keep the community updated as information becomes clearer. For those that have friends and loved ones on the vessel, we hope and pray for a good outcome.

0930 local- The Coast Guard has confirmed that the Conception has sunk in 65 feet of water, about 20 yards offshore of Santa Cruz Island. The bow of the vessel is still above the waterline. There are still 34 people missing with 5 confirmed survivors.

1000 local (09/03/2019) - The Coast Guard has announced that it has now ceased search and rescue operations and is now focused on the recovery of the victims. A total of 27 bodies have already been located (with 20 recovered) and divers will now attempt to locate the remains of the last 7 victims. The death toll is now 34.