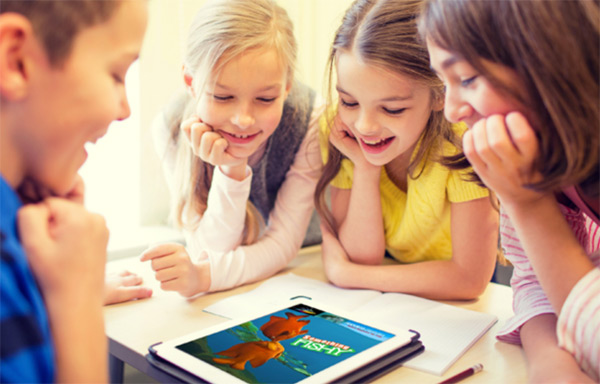 A new online magazine that explores the ocean world has been released. Featured-Creatures is an online magazine for kids and adults that provides entertainment, facts and ocean-related content for “Kids” of all ages. Marty Snyderman, along with Rick Voight of Vivid-Pix, Howard and Michele Hall, and Jenny Boshears, bring ocean fun to subscribers every month.

Alpharetta, GA (February 1, 2017) – Featured-Creatures announces its new monthly online magazine that shares age-appropriate text, spectacular photographs and video clips from oceans around the world. Able to be viewed on a computer monitor, tablet, or mobile phone, Featured- Creatures provides subject matter that is fun to look at and educational for kids and adults to share with each other, their families and their friends. Every edition of Featured-Creatures serves two main purposes: educating while entertaining children, and providing a pathway that makes it easy for children and adults to talk with each other and share a common interest.

The brainchild of Emmy-Award winner, professional photographer and author Marty Snyderman, Featured-Creatures was born from experiences Marty shared with kids in the San Diego school system. While giving presentations about marine wildlife to these students, Marty discovered that breaking the ice and finding common ground was easy if he just let the animals do it for him. And that lit the fire that ultimately became Featured-Creatures. To further develop his idea and bring in additional expertise, Marty recruited IMAX and documentary film producers, Howard and Michele Hall; Jenny Boshears, a retired elementary school teacher and professional editor; and technology guru, Rick Voight of Vivid-Pix, as part of his team. And now, the opportunity to learn about “the world beneath the waves” is being given to children of all ages through personal subscriptions, aquaria, schools, dive centers, scuba trade organizations and more.

In carrying out its educational mission, each edition of Featured-Creatures includes highlighted vocabulary-building words, exquisite photos that can be made into 4”x6” prints, images to share on social media and other interactive activities.

12-month and 6-month dual subscription plans are available so two parties receive the content. This allows the giver to receive and share the content with a child. Single subscriptions are also available.

The water is filled with fun! Anyone interested can join the team here.