Using an underwater autonomous vehicle equipped with underwater cameras, marine biologists have observed and captured great white shark predatory behavior underwater, for the first time. The findings were published at the end of December in the Journal of Fish Biology.

The scientists filmed the behavior at Guadalupe island. The hunting behavior of great white sharks has long been known to be lurking below prey in dark water and then shooting to the surface to attack. This is the first time that scientists have filmed the behavior subsurface, giving them greater insight into hunting strategy.

All in all the underwater drone was attacked nine times by four different sharks in thirteen hours of footage. 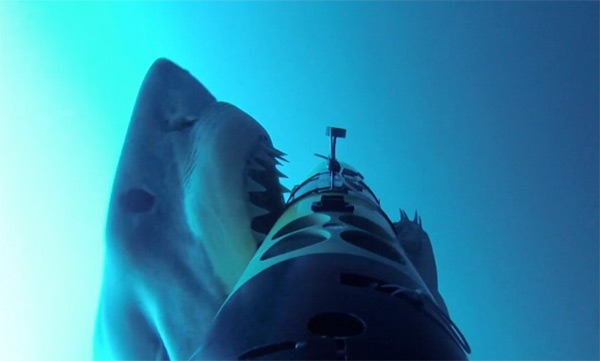