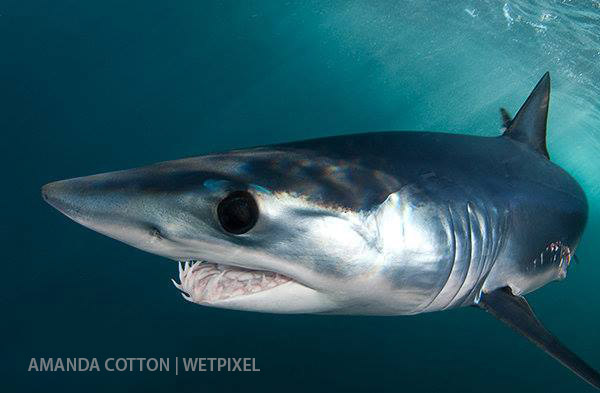 Amanda Cotton has shared this image of a mako shark (Isurus oxyrinchus). It was taken at Rhode Island in the U.S.A. with a Nikon D7000 in a Seacam housing and lit by Inon Z240 strobes with CM diffusers. Amanda comments on the shot:

“Makos are notoriously fast sharks, darting in and out from divers quickly. This smaller mako was no exception and moved in close several times allowing for many opportunities to shoot her close up. She had evidence of a bite mark on her left side, most likely from a larger shark. “