Note from the editor: On June 2, 2016, underwater cameraman Bob Cranston passed away at his home from cancer. Howard Hall, one of Bob’s best friends, wrote the following memorial story to share with the underwater community. If you have a memory of Bob you’d like to share, please leave it in the comments below, or send it to us directly and we’ll add it to the comments directly.

Some folks in the Wetpixel community are also leaving messages in the forum. - Editor 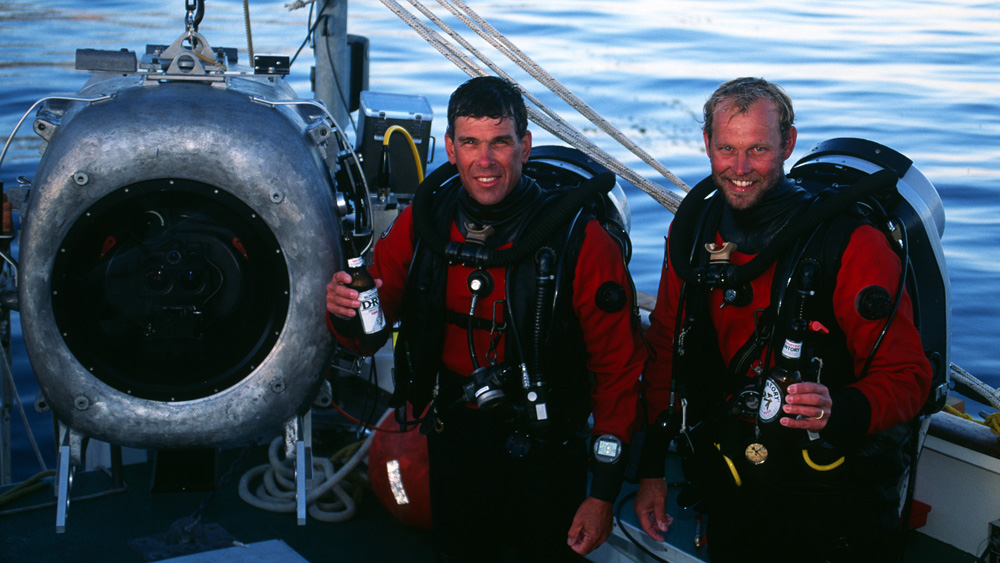 Bob Cranston and I looked over the side and watched as bits of kelp and other detritus drifted by the hull of the M/V Conception. It was the winter of 1993 and the weather was clear and calm at Catalina Island. But there was some current running through our dive site.

Bob laughed and said, “Yeah, I think it’s doable.” When conditions were questionable, I always asked Bob’s advice. To say that I valued his judgment and opinion is simple understatement. But Bob never said “No.” When a questionable dive looked possible to him, he would say that he thinks it’s doable. Sometimes though, he would just laugh and say nothing. I learned to interpret this as “No” or even as, “Are you out of your mind?” But he never said, “No.” He was simply incapable of having a negative opinion. On this crisp California morning, I took Bob’s advice and we prepared to dive.

Our crew began hoisting the 1,200-pound IMAX 3D housing over the side of the boat. The 65-pound tripod was already hanging thirty feet below on a down-line. Mark Thurlow would follow Bob and me and bring the tripod down on a lift bag. Mark Conlin would bring the 220-volt surface-powered cable lights. 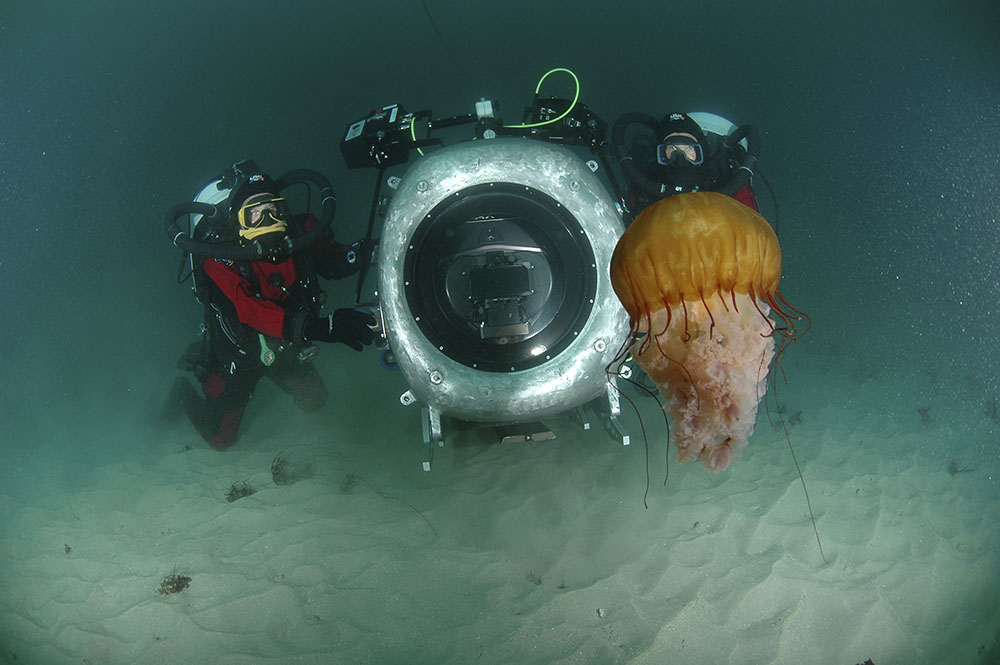 As we neared the bottom at 70 feet, I watched the sand racing by and realized there was much more current on the bottom than on the surface. I looked at Bob and saw that his mask was leaking. He was laughing, which caused water to seep in around his eyes. Thurlow raced ahead of us and crash-landed the tripod in the sand deploying the legs as quickly as possible. Then Bob and I swooped down on the tripod with the huge camera and struggled to insert the camera’s mounting plate into the tripod lock. Conlin fought to mount the lights. Amazingly, we managed to accomplish all this. But as soon as everything was assembled, the up-current leg of the heavy tripod began to lift. We couldn’t stop it. The 1,200-pound camera toppled over and soon the whole mess was rolling across the bottom in a tornado of sand and a bird’s nest of light cable. I looked at Bob and drew a hand across my throat to signal “abort.” Bob’s mask was now half full of water.

Soon we reached the end of the light cables, but Thurlow had managed to dismount them and the lamp heads drifted away behind us. Conlin, who was a bit freaked out, ascended holding on to the cables. Bob and I struggled to dismount the camera from the tripod. This was difficult as the whole heavy mess rolled across the bottom. But soon Mark had the tripod hanging from the lift bag. Then Bob and I began ascending with the camera.

That evening, Bob, I, and the rest of our crew shared a beer on the sundeck of Conception. Each told his version of the story. We laughed until our throats hurt. It is moments like this that I will miss most, now that my friend is gone. Bob and I have shared hundreds of such moments, perhaps thousands. He had the most genuine smile I have ever known. 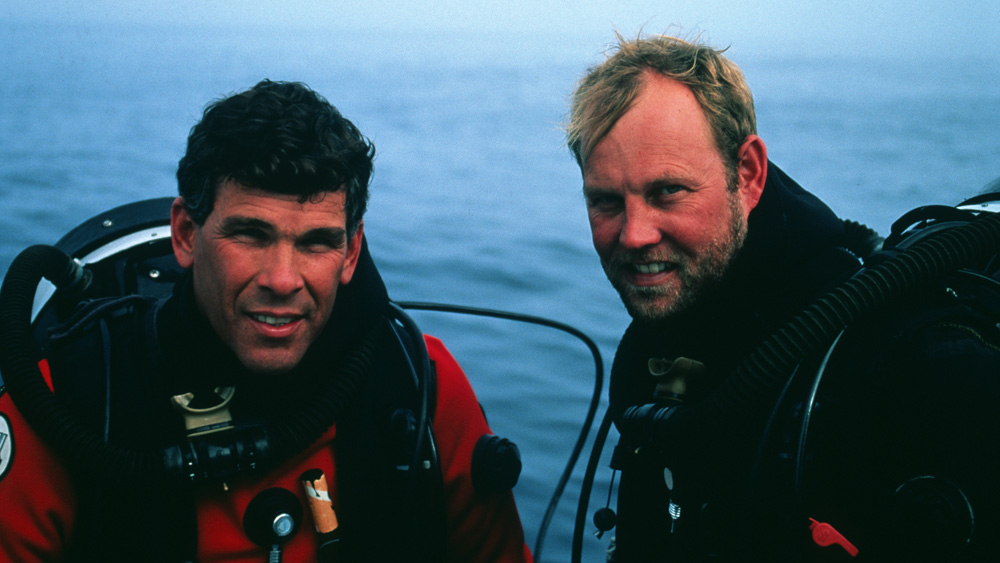 The IMAX film we were making became “Into the Deep,” the first underwater IMAX 3D film ever made. Bob helped design the massive IMAX 3D underwater housing. He designed and supervised the building of the underwater tripod. And he supervised the development of our cable movie light system. If I hadn’t known that I could rely upon Bob to accomplish the unlikely, or even the impossible, I doubt I would ever have had the courage to take the contract to make that first IMAX film.

During the last thirty years, Bob and I made four other IMAX films together. Bob went on to become Director of Underwater Cinematography on many other television and IMAX productions including “Into the Arctic” where Bob captured incredible images beneath Arctic ice and of polar bears swimming underwater. 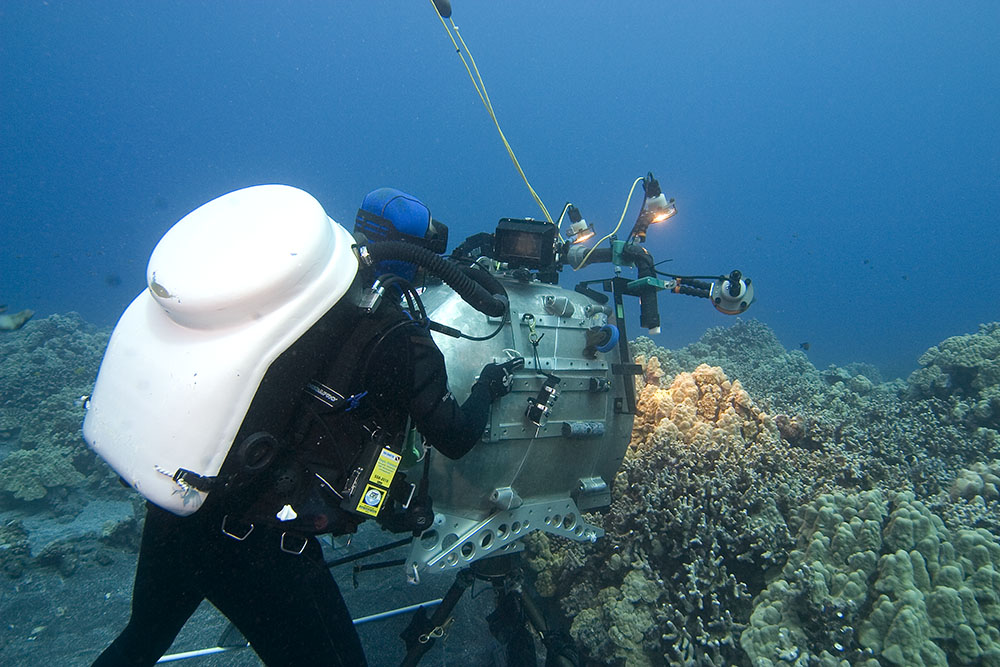 Bob and I shared more than 2,000 hours underwater on rebreathers. In 1990, I had the idea that we might capture amazing hammerhead shark behavior if we could use rebreathers to get beneath the schools in the Sea of Cortez. At that time, essentially the only closed-circuit rebreathers in existence were military Mark 15 rebreathers. These were not available to civilians. Bob made it happen anyway. We trained ourselves to dive these contraptions, and the extraordinary hammerhead footage we captured became the heart of a television film called “Shadows in a Desert Sea.” Afterwards, rebreathers became a fundamental tool for making our underwater films. Bob made all that happen.

Bob and I made dozens of television films together. In 1987, he quit his job at Diving Unlimited International to collaborate on our first PBS Nature episode, “Seasons of the Sea.” We used his boat, the Betsy M, to spend 130 days filming marine life in Southern California. I never had so much fun. I could not have made that film, so many films, without Bob. 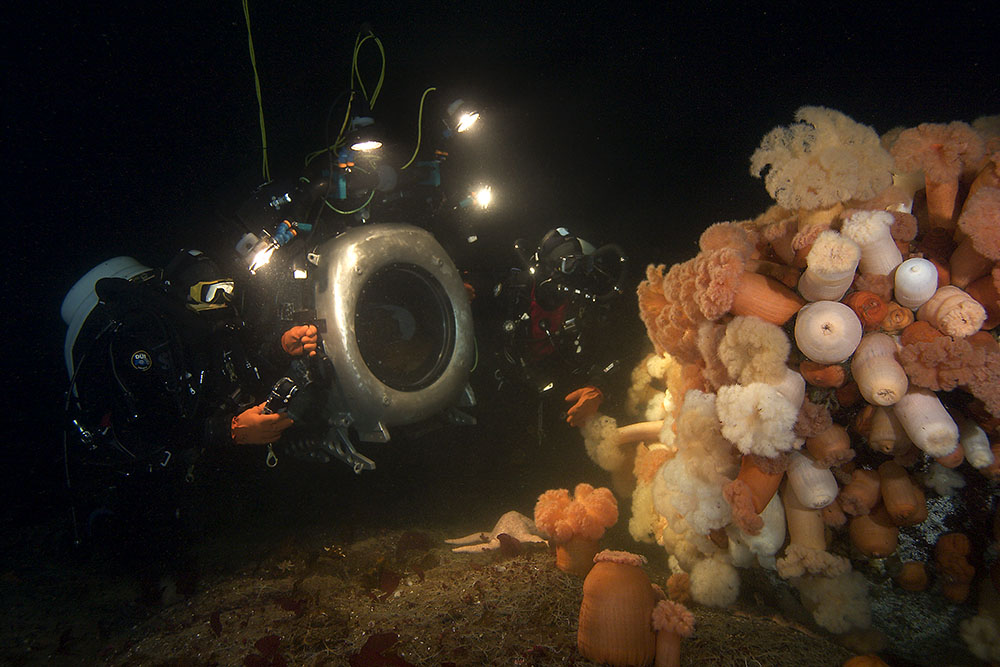 As I write this, I am inevitably reminded of how closely our lives were intertwined. So many adventures together, so much of my history as a diver, so much of my love for the ocean, so much of my success as a filmmaker, was influenced dramatically by my relationship with Bob Cranston. The realization overwhelms me. I might never have made any of these films had I not known Bob. How different my life would be. How diminished. I know I will never make another dive without thinking of him, without feeling him beside me.

I miss my friend. - Howard Hall 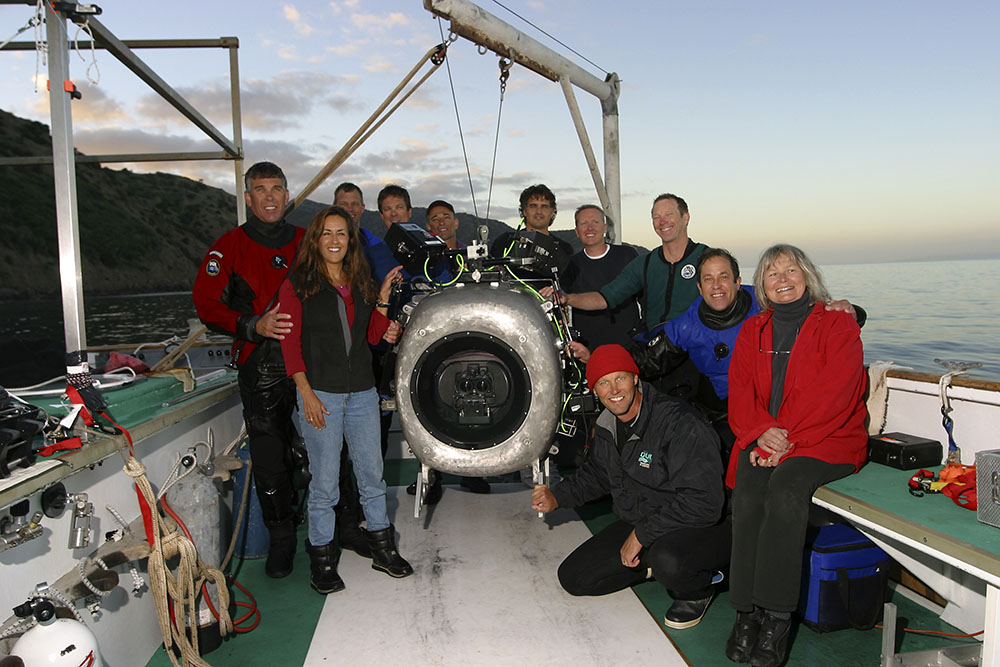