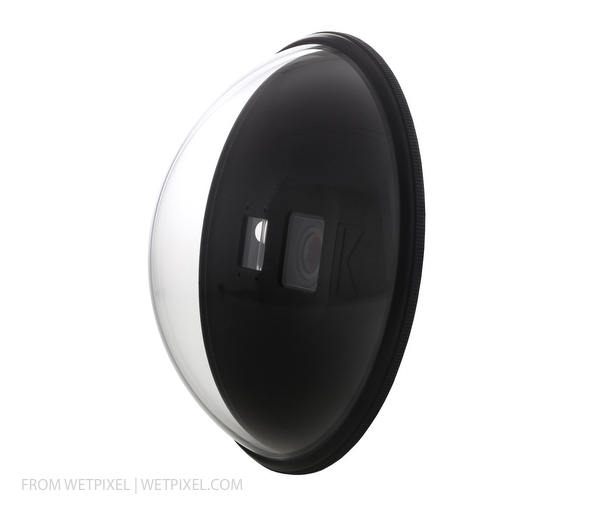 KNECT has released the KSD6 6” dome port for GoPro 3+ and 4 cameras. The semi-hemispherical acrylic dome accessory increases the camera’s FOV by over 30% and it will focus nearly 50% closer. The dome is rated to 135 feet and can be attached simply to the GoPro housing and allows access to the cameras controls.

The KSD6 is available to order now, priced at $299.99. It is compatible with other KNEKT GoPro products, including the trigger/handle systems pictured here (not included with dome port). 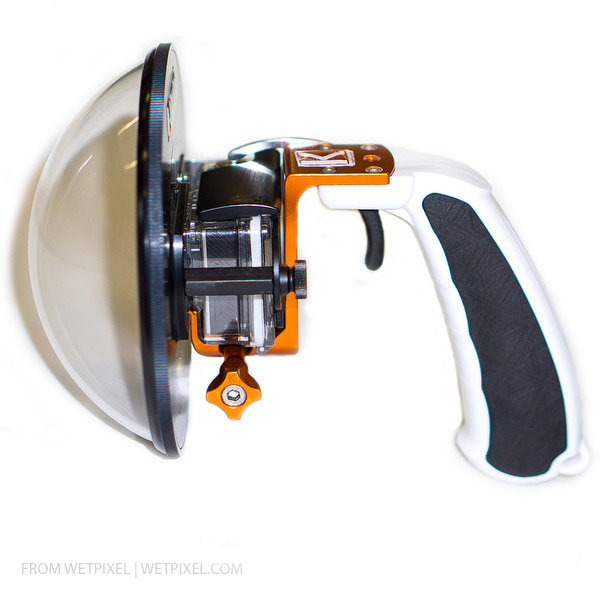 The KNEKT semi-hemispherical 6” dome port is one of the most advanced accessories available for the GoPro. Moving the waterline away from the lens dramatically improves underwater functionality and image quality. The Field of view is increased by over 30%, images are cleaner and the minimal focal distance is improved by nearly 50%. During production we pressure test the KSD6 Dome Port to a depth of 135ft, this exceeds the depth rating of the GoPro Hero 3+ and Hero 4 housings. If you use a GoPro underwater without the KSD6 Dome Port you are missing out on all that your camera has to offer. If you are in professional production this is a mandatory addition to your set of tools.

In addition to improved underwater use the KSD6 makes it possible to capture images both above and below the water simultaneously. These are often referred to as half and half, 50/50, over under or split-level pictures. Until now one would need to invest thousands of dollars in high-end camera equipment in order to create these images. Even with the best gear producing quality over under results would be a challenge due to the complexity of focus, exposure and depth of field management. The KSD6 paired with the GoPro overcomes all of this. The simplicity of operation, nearly infinite depth of field, wide-angle lens and video/still image quality make the GoPro perfectly suited for this application. Just slide the KSD6 Dome Port onto the GoPro housing and produce stunning imagery above, below and in-between. 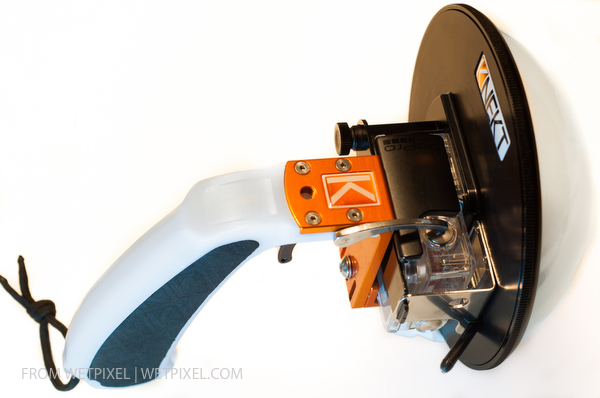 The KSD6 utilizes a semi-hemispherical acrylic dome that we have custom made just for KNEKT. This dome has been optically matched to work with the GoPro lens. The use of a semi-hemispherical dome eliminates the perpendicular angle between the backing plate and the dome. The benefits of this are the elimination of circular reflection and improved water sheeting while reducing the form factor and maintaining full front face surface area. By utilizing an interlocking two-piece design the dome is captured mechanically to create an O-ring compression seal, no glue or silicone is used anywhere. This design allows the dome to be fully disassembled for cleaning and service. If the acrylic is scratched or cracked it can be replaced. The KSD6 works with the Hero3+ or Hero4 housing and does not require any special modifications or separate accessories. The GoPro is just as secure as always since the KSD6 slips right onto the housing, it does not alter the depth rating of the GoPro housing. The KSD6 provides access to mode, power and shutter control buttons while installed. The built in front LCD window provides visibility to battery life, camera settings and memory card data. The cut-away backer bar allows the user with view and interact with the rear-LCD screen on the Hero 4 Silver. There is also a custom machined H2O waterline indicator on the backing plate to assist in getting the perfect over under shot.

The KSD6 can be used as a stand-alone product, it does not require the use of a handle or trigger to function. The KSD6 is compatible with the KNEKT FPSH Pole, GPLT, GPDL and GP4 trigger systems.