Millions of Pyrosomes, also known as “fire bodies”, have appeared off the west coast of North America stretching from the Pacific North-West to Alaska. Three years of un-precedented warm water off the west coast has finally given way to more expected cooler waters. But, what may have brought these typically more tropical visitors is unknown.

Pyrosomes are actually a colony of animals known as zooids. The animals are rarely, if ever, seen along this coastline. To give an idea of the scale of the invasion, a research vessel pulled up 60,000 animals in five-minutes just recently. Scientists are stumped as to what has brought the animals here, and how long they might stay. 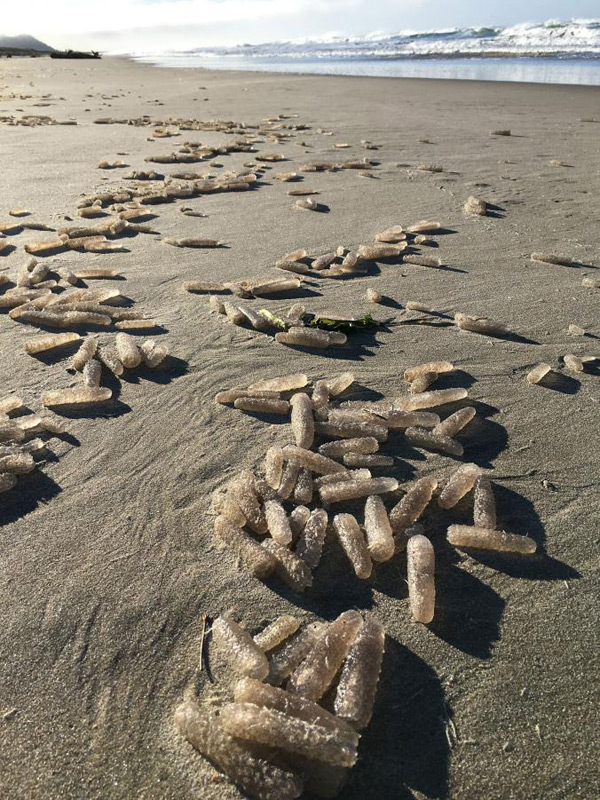