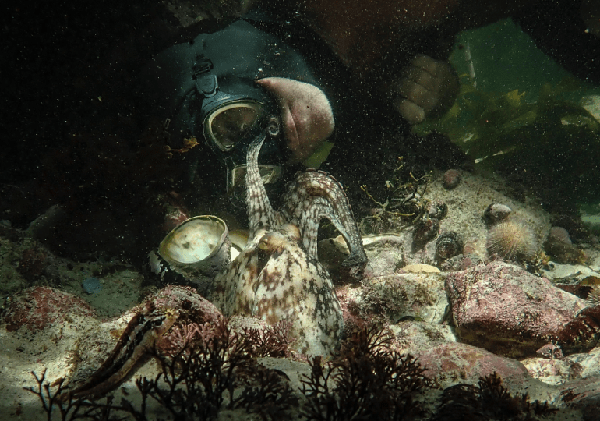 Congratulation to the cast and crew of the Netflix documentary “My Octopus Teacher,” which has been awarded the Oscar for Best Documentary at the 2021 Academy Awards. It documents the relationship between an octopus and diver and filmmaker Craig Foster. Filmed by Roger Horrocks in the kelp forests near Cape Town, the common octopus (Octopus vulgaris) seems to recognize and bond with Foster, who is recovering from a burn-out by undertaking daily free dives.