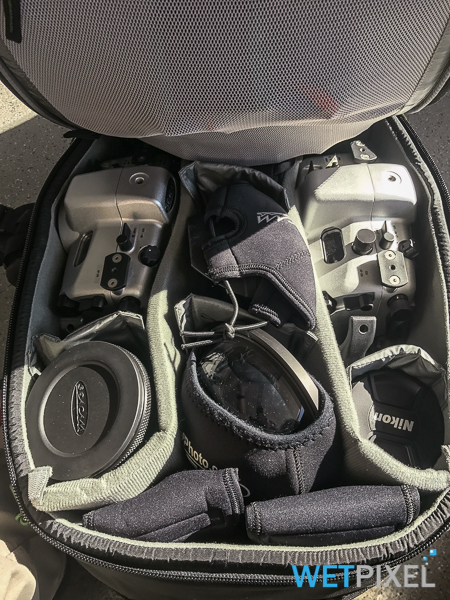 There were announcements last week stating that the US Transport and Safety Administration (TSA) was now requiring travellers to unpack any cameras in carry on baggage in order to carry out additional screening. The text of this was that for any items larger than a cellphone; “TSA officers will begin to ask travelers to remove electronics larger than a cell phone from their carry-on bags and place them in a bin with nothing on top or below, similar to how laptops have been screened for years. This simple step helps TSA officers obtain a clearer X-ray image.” 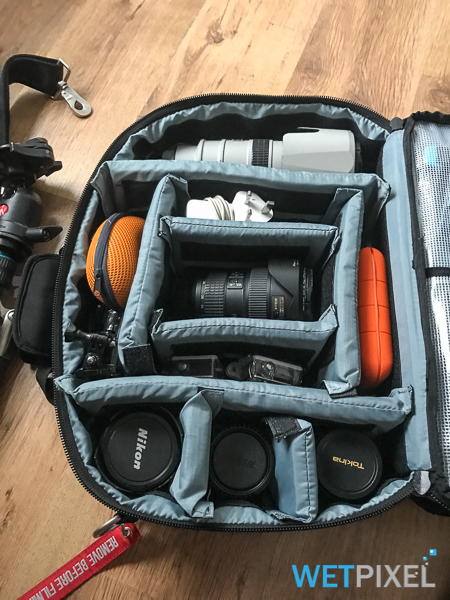 During my recent travels to Isla Mujeres for the Wetpixel Whale Sharks Expedition, I traveled from Manchester, UK via Philadelphia, Pennsylvania, USA to Cancun, Mexico. During the trip, I found that there was no additional screening in place. My bags, containing 2 housed SLRs, a strobe, lenses, hard drives, multiple batteries and 3 GoPros were examined after X-Ray, but this was done in the bags that they were in. I was not asked to remove the gear, despite my pointing out that my bags contained camera gear. 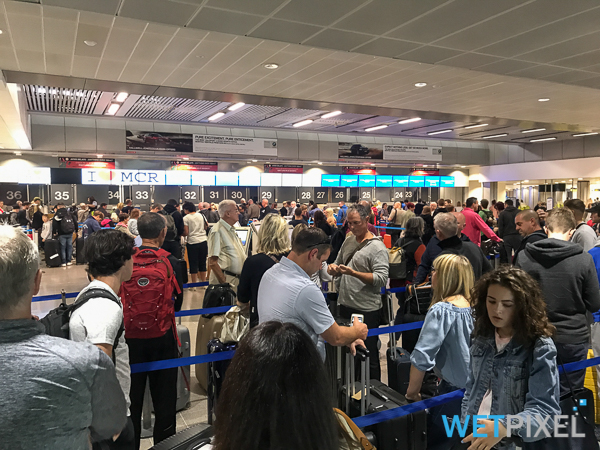 The queues and delays around security were not noticeably longer then as had bene the case before the new rules came into effect. Of course, this may be because the additional screening has not yet been rolled out to Philadelphia or simply I was lucky with the TSA staff on the day. Smiling and being generally helpful with security staff also helps!