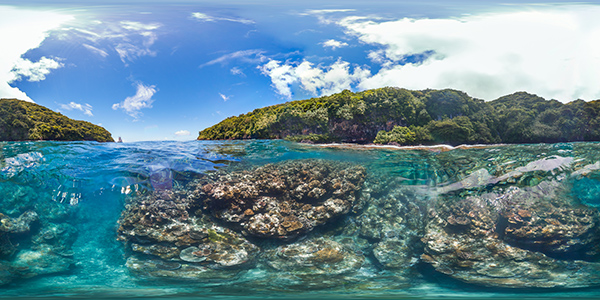 The National Oceanic and Atmospheric Administration (NOAA) has posted a Virtual Dive Gallery that features 360° virtual reality images of five U.S. National marine sanctuaries. Currently featured are: The ship graveyard of Thunder Bay in Lake Huron, the Florida Keys, Gray’s Reef in Georgia, Flower Garden Banks in the Gulf of Mexico, and the coral reefs around American Samoa.

The galleries do not aim to only portray the beauty of the underwater environment, but to also show threats to them too. For example, The gallery currently includes images from American Samoa of staghorn corals before, during and after a 2015 bleaching event.

NOAA aims to expand the gallery to include all 13 U.S. marine sanctuaries. Next to be featured are the Papahānaumokuākea Marine National Monument, Hawaiian Islands Humpback Whale sanctuary and Monterey Bay.