NOAA has predicted that the strong El Niño effect that has been in place in the tropical Pacific for the past year will give way to a La Niña effect by Fall 2016. El Niño’s sea temperature rises have brought numerous effects to the oceans, and has been implicated in mass coral bleaching and abnormal weather patterns. 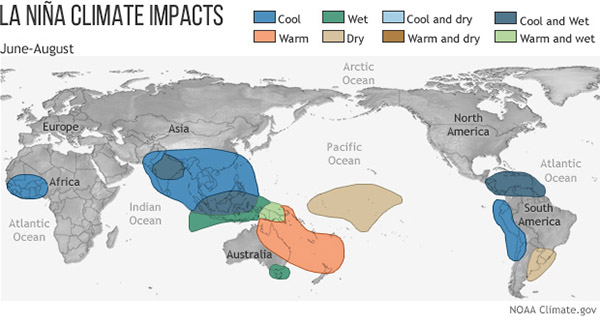 It is likely that La Niña will bring generally cooler weather and sea temperatures to the Southern hemisphere. The duration and intensity of the effect are not yet predicted.

(All images by NOAA.)