A video about the work of Dr. Cliff Ragsdale, professor of neurobiology at the University of Chicago, has won an Emmy. The team sequenced the entire genome of the California two-spot octopus (Octopus bimaculoides), the first cephalopod ever to be sequenced. One of the biggest divergences from other invertebrates that the team discovered was much greater nervous system development, very similar to what is found in vertebrates.

According to Dr. Ragsdale, the chief scientist whose research is featured in the video: “The late British zoologist Martin Wells said the octopus is an alien. In this sense, then, our paper describes the first sequenced genome from an alien.” 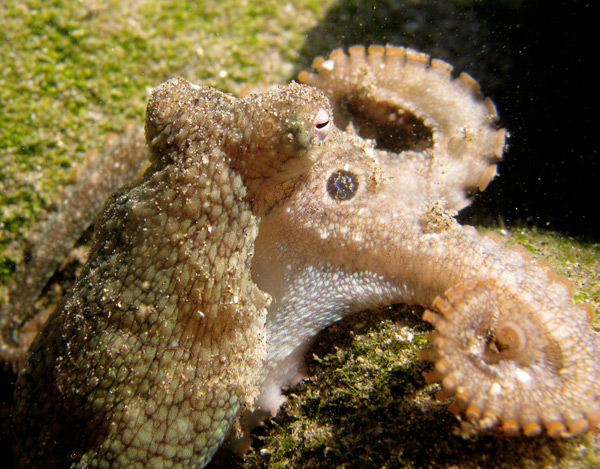