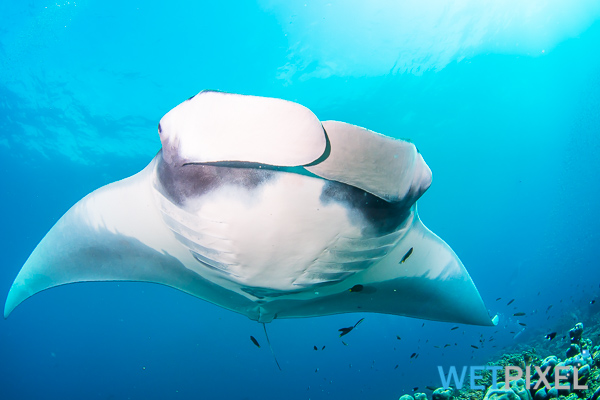 A paper has been published in the journal Fish Biology detailing a 14-year study into the mating and courtship behavior of oceanic (Manta birostris) and reef (Mobula alfredi) manta rays. The study used behavioral observations, video and photographic records to catalog 229 courtship events in the Maldives.

The Manta Trust scientists have noted that females lure potential suitors using pheromones and then engage in a several hour long high-speed chase. This may involve breaching behavior and will eventually whittle down potential mates to a solitary suitor. Once this has taken place, mating will occur.

Video courtesy of the Manta Trust

The report’s authors postulate that the ritual is so elaborate because mantas only tend to give birth every four or five years. Although long-lived, females mantas are not sexually mature until they are 15 years old. While males are not choosy, females want to ensure the best genes are passed along to their offspring.