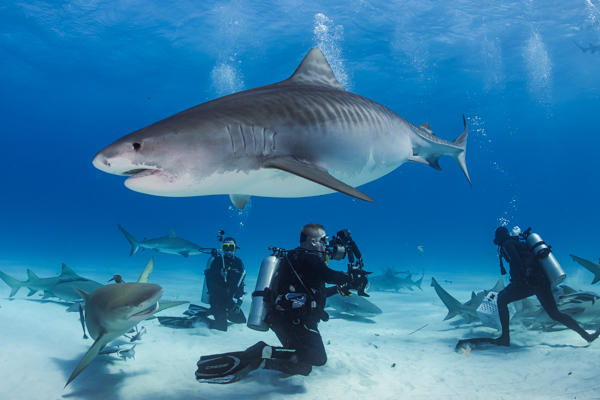 A new paper published in the frontiers in Marine Science journal has investigated the relationship between tiger shark (Galeocerdo cuvier) social behavior and baited shark feeds. Using satellite tag data and acoustic telemetry, researchers were able to analyze the social data of the sharks that visit Tiger Beach, off Grand Bahama.

The paper broadly concludes that the presence of food means that the sharks tend to gather in larger groups than would normally be the case. The effects of this are not necessarily negative. In addition, the authors conclude that “that tourism is unlikely to be significantly disruptive to the structuring of the tiger shark population at Tiger Beach. The extent to which that may hold true elsewhere remains unclear.”