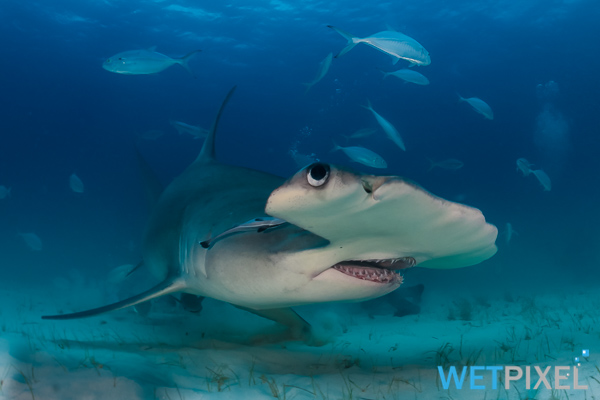 The journal Science Direct has posted a paper that attempts to catalog the positive economic effects of shark conservation to the Bahamas. Around US$ 113.8 million is generated annually by the shark diving industry for the local economy.

The report differentiates between income that is derived by Bahamas based organizations, and those that from US based liveaboards. Tiger Beach for example, generates around US$ 2.7 million per year, but only 2.4% of this expenditures was made in the Bahamas.

The study also asked visiting shark divers if they would consider paying a permit fee, the income from which would be used for shark conservation projects. Around 60% of the 452 divers sampled suggested that they would pay between US$ 6 and US$ 50.

The paper is available as a free download in a pdf format.