Rescuers have saved two manatees stranded by Florida bay waters receding in the onslaught of Hurricane Irma. The manatees were spotted and rescued by Steven Reisinger, Michael Sechler, Marcelo Clavijo, and Donavan Norton. The rescuers were able to roll the manatees onto tarps and drag them 100 yards to deeper water where they swam off.

East winds ahead of Hurricane Irma blew water out of the bays along the west coast of Florida, catching some manatees off guard and stranding them, but are expected to return to normal once the hurricane passes. 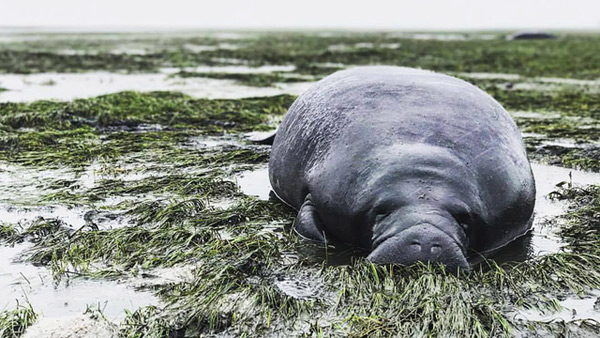