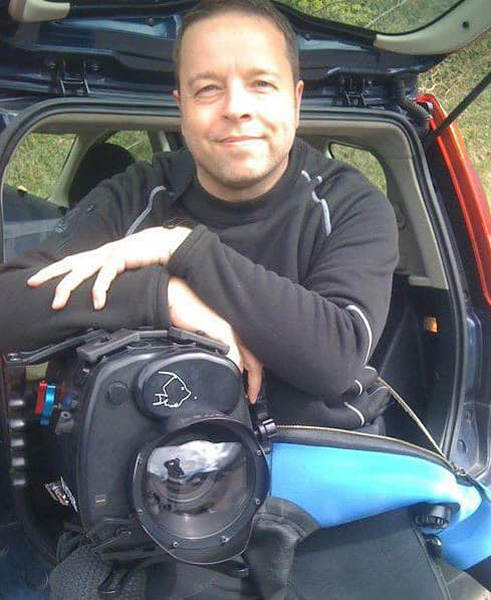 It is with tremendous sadness that I share the news that Wetpixel member and contributor Dean Burman (DeanB) suddenly passed away over the New Year’s holiday Dean was a filmmaker, with numerous film credits including a film featuring some amazing behavior footage of pike in an award-winning short film called “Lair of the Water Wolf.” His input into the Wetpixel forums was immense, with over 3,000 posts and he was always prepared to offer support, encouragement, and advice both on and offline. It is true to say that he was often the life and soul of the party but he was also a thinker, deeply concerned about the plight of our natural world and issues of social justice.

The BBC aired this short film about Dean while he was making “Lair of the Water Wolf:”

Wetpixel Associate Editor, Alex Mustard, describes him: “He was a top guy. Talented and generous. Great sense of humor. Totally devoted to his daughter and wildlife.” 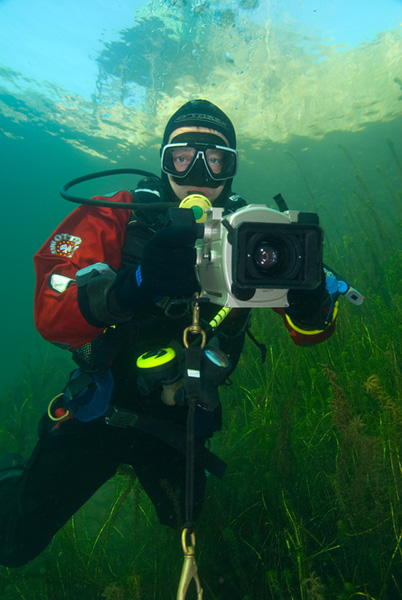 Fellow filmmaker Simon Spear, who worked with Dean describes the loss: “Dean was a hugely talented filmmaker who specialized in documenting often spectacular and never before seen behavior often overlooked by other professionals. He received many awards for his work, had films made about him by the BBC Natural History Unit and had his own broadcast commission shown on Japanese TV by NHK. He will be sorely missed by the underwater community but more than any of that he was a loving son, a proud father and a very loyal and very good friend.”

Dean is survived by his daughter and parents and our hearts go out to them along with his many other friends at what must be a devastating time. Go well, Dean…

I have started a thread on the forum for folks to share thoughts, memories, and images.