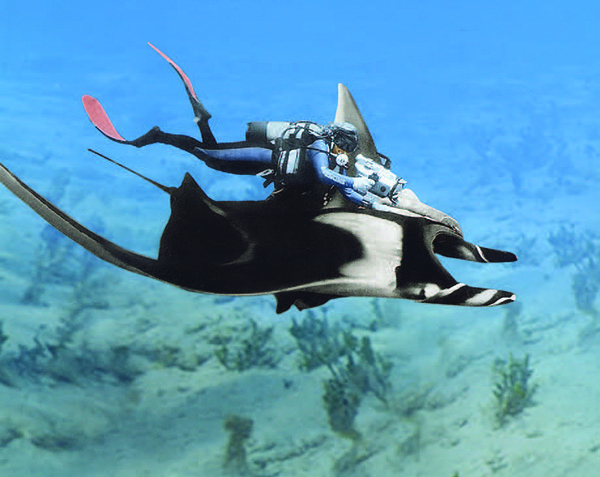 Underwater filmmaker Valerie de la Valdene died as a result of a gunshot in the three-story home she rented in Puerto Ayora on the Galapagos Islands on 5 July 2014. Valerie shot 70 segments for the television show The Aquanauts in the 90s and was the focus of “Primal Scream” on Discovery Channel, which was heavily promoted to tie in with the film, “Open Water”. Our thoughts go out to her family and friends.

The circumstances of her death are unclear. It has been labelled as a suicide by the authorities, yet the forensic evidence puts the gun in her subordinate hand and has her dominate hand with powder residue on her fingers, indicative that she was trying to push the gun away from her head. 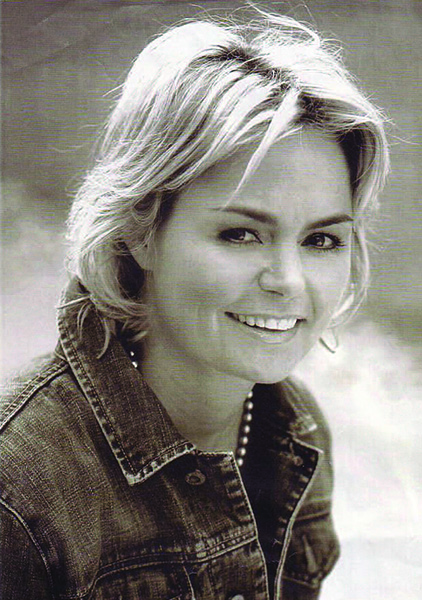 I am honored to have the opportunity to speak to the fine members of the Women Divers Hall of Fame and guests this evening.

I have always valued the women in my life. And, indeed, I have had the great fortune to have learned from some of the most valuable mentors a diver could ever know, such as Marjorie Bank, Norine Rouse, Valerie Taylor, Eugenie Clark, and many of the fine ladies here in this room tonight.

But there is one other special lady I learned a tremendous amount from, also a member of the Women Divers Hall of Fame. She is not with us tonight, except in spirit and in memory.

Her name is Valerie Elaine de la Valdene and I first met her on a dive boat, when I was a dive guide with Norine Rouse’s operation in the 1980s.

She just appeared on the boat one afternoon as a regular customer who was concerned about her abilities since she hadn’t dived in a while. I was asked to look after her and it was soon apparent she was an excellent diver. The next days and weeks, she started diving a lot and then started taking advanced classes, night diving classes, rescue diving classes. Finally, as PADI was running out of specialty courses, I realized she really was into diving but was maybe also interested in me.

We became friends, and more, and had many adventures together, some during the years when we were married and some before and some after. She took up underwater video filming and learned techniques from great teachers like her father, her Uncle Christian Odasso, Avi Klapfer, Tom Campbell and others. She was a natural talent with a good eye and go for it attitude that pushed her far beyond traditional comfort zones.

Valerie pursued her love of sea creatures — especially sharks — especially hammerhead sharks — with a determination that led to camera work on a television series called The Aquanauts.

Once, on a dive trip in the Northern Galapagos Islands, Valerie was drifting alone off Darwin Island, where she had become separated from the group.

Far from land and in choppy seas, she was surrounded by a number of sharks.

The sharks made close passes at her. They bumped her video camera but she was never bitten. You cannot discount the terror she must have felt at being intimidated by sharks. Her screams were sincere.

Anyone who has drifted alone for a few hours without the sight of a boat knows how vulnerable you are. How close to the edge one can be.

Ultimately she was rescued in the last hours of daylight by a search team led by Chris and Deda Newbert and her fellow divers. That night they had a big party to celebrate life. Eventually, a Discovery Channel special called “Primal Scream” was made about her experience and that introduced her to becoming a public figure on talk shows.

But eventually she tired of city life in New York and moved to the Galapagos Islands where she lived for eight years.

Valerie always lived from one extreme to another. For her, everything was the best of times then it was the worst of times. She rarely trifled with that big space in the middle where most people find their level of contentment.

A privileged few brought her great happiness and those same individuals could make her inconsolably angry when moods reversed course. Nonetheless, if she was your friend, you would have no more loyal friend, unconditional supporter, or enthusiastic, optimistic, confidant and sometimes enabler.

She could be the happiest person in the room and when she smiled and laughed with you, you felt a special magic glow as if anything was possible and life was extraordinary. She was both fearless and reckless. She was quick to befriend people that had no friends and didn’t always have the best judgement in people, but she could be a loyal friend and an energetic, entertaining companion for one person or twenty. She was the life of the party.

She did what she wanted without a thought of the consequences. Her sense of humor was not to everyone’s taste but if it was your taste it was as funny as funny gets. She could swear like a sailor and had a dark temper that was best handled by hiding or running away fast. She was a demanding perfectionist who demanded the highest standard of others and did things beautifully and brilliantly but never allowed herself to believe her results were quite good enough when even a blind man could see they were.

Normal life was hard for her and in many ways she made it harder for herself and for those around her. Cities really did not bring out the best in her and her trusting nature handicapped her when it came to interacting with dubious folk. I thought her sequestration into the natural world in the Galapagos would bring her peace and calm. I think we all did.

Tragically, in an act of villainy, she lost her life on this Fourth of July, and the world has lost a bright, shining light.

And now our Valerie sleeps with the hammerhead sharks, the manta rays, the sealions, the whale sharks and fishes in the waters of her beloved Galapagos.

Gone too soon and missed by all who knew her.