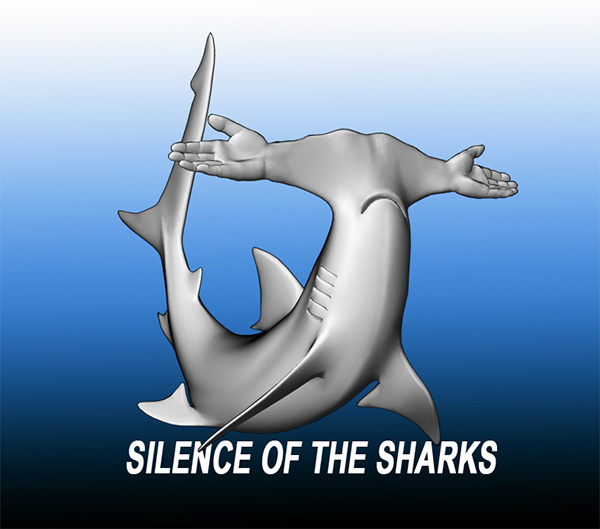 David Pilosof, organizer of the Eilat and World Shootout as well as large scale underwater broadcasts is organizing a series of mass protest dives to highlight the plight of sharks worldwide. Joining forces with other shark conservation organizations the Silence of the Sharks campaign kicks off on 13 November in Eilat, Israel, followed by a series of dive around the globe with a climax in October 2016. Many of these mass dives will be broadcast.

SILENCE OF THE SHARKS

Thousands of divers speaking up in the name of millions of sharks in a silent yet powerful global underwater campaign.

During the upcoming year, sharks of the world are provided with a voice. Producer David Pilosof, in cooperation with shark conservation organizations worldwide, initiates a 1-year global campaign against shark hunting.

New research, published in July 2015 by the Science magazine, rang warning bells among nature enthusiasts all over the world. According to this research, more than 70 million sharks are killed per year and the shark community is the brink of complete extinction. Producer David Pilosof, responsible for some of the most popular international underwater photo and diving events, decided it’s time for action and initiated an original global campaign that leaves no one indifferent.

“I found the findings of this research horrifying”, says Pilosof. “Since 1972, the population of blacktip sharks has dropped by 93%, tiger sharks by 97% and bull sharks by 99%. It became clear to me that if I plan for my grandchildren to meet sharks in real rather than just at the cinema, extreme measures have to be taken.”

Pilosof, who produced a live broadcast of 271 divers in Eilat in September 2014, decided to join forces with shark conservation organizations around the world and together to lead a global campaign called SILENCE OF THE SHARKS. This campaign is composed of a series of mass dives held in many different countries around the world. Each dive is an underwater protest hosting hundreds of divers speaking up in the name of sharks using huge waterproof banners.

The first SILENCE OF THE SHARKS protest-dive will be held in Eilat, Israel, on November 13th, hosting hundreds of divers from Europe and the Middle East. A festive ceremony will then announce the official opening of the campaign. Similar underwater protests will follow in many countries and during this period, sharks of the world will be provided with the loudest voice throughout the most silent protest.

The final “D-Dive” and the largest underwater protest will be held in October 2016, hosting more than 500 divers from all over the world at the Mediterranean Sea and will be live broadcasted using an innovative, sophisticated and challenging technological operation, enabling millions of viewers to take part in this happening.

“From the dawn of history the human kind has shared both fear and respect to sharks”, says Pilosof. “These predators inspired many authors and directors, who based numerous creations on their powerful image. Who dared to imagine that in such a short time, these impressive animals will completely extinct. Shark hunting is brutal and its consequences on the underwater environment are severe. Approximately 70 million sharks are hunted every year just for the sake of selling their fins to restaurants in East Asia. In many of these cases, once the fin are cut off, the shark is thrown back to the sea alive and struggles for several weeks until it finally dies.”

“70 million sharks are hunted every year all over the world”, he summarizes. “They cannot speak. But we can. And we will.”