Several days ago a video showing a great white shark breaching and then falling into a shark cage with a diver in it went viral. The response has sparked a lot of opinions and the conversation is well beyond the diving community as even the New York Times covered the story. The Solmar V, the operation with which the incident occurred, released a statement yesterday. 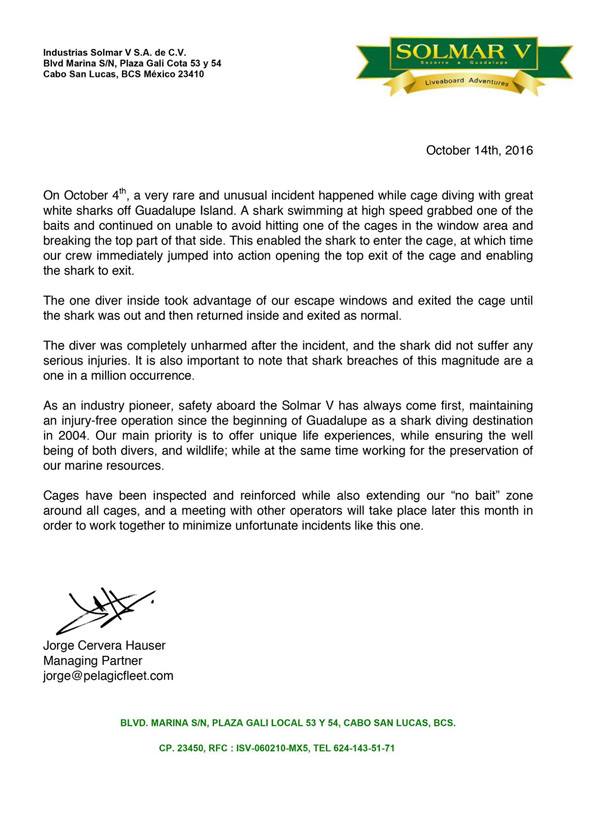 Fortunately the diver was not hurt and the shark did not sustain any serious injuries.

The entire incident lasted about 20 seconds. Immediately after the shark entered the cage, a crew member opened the top hatch to allow the shark to escape.

The diver, Chan Ming of Shanghai, remained calm and swam out of the shark cage until the shark found a way to get out on its own, he then re-entered the cage and climbed out the top unharmed.

From the statement: “It is also important to note that shark breaches of this magnitude are a one in a million occurrence.”

You can read the full article with the diver’s perspective here.