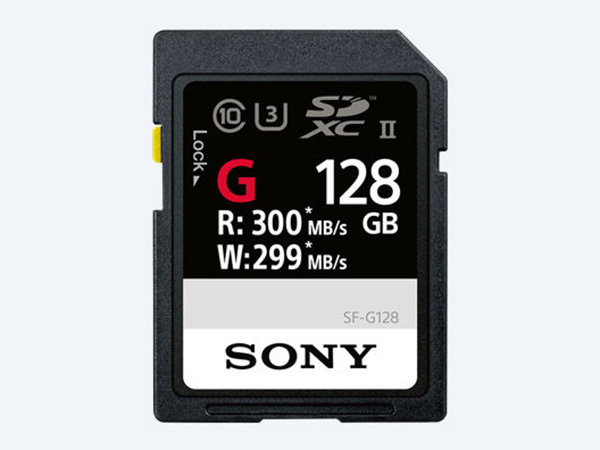 Sony has announced their SF-G series SD cards that feature a claimed write speed of 299MB/ and a read speeds of 300MB/s. The company has achieved these speeds by improving the physical architecture and by using a new algorithm that “prevents loss of speed in data writing even after repeating burst shooting, and contributes to the camera’s speed of burst shooting.”