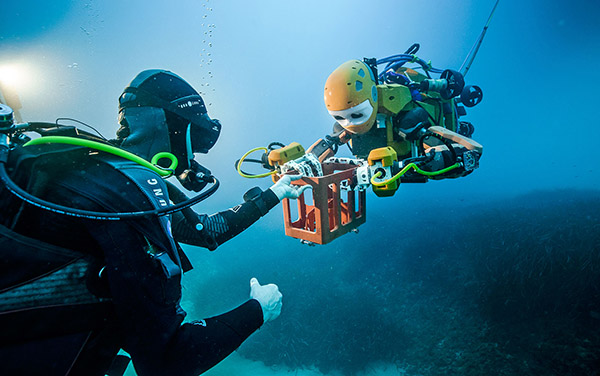 Engadget has published an article about OceanOne, a “humanoid diving robot” that has been developed by Stanford for use in research of coral reefs in the Red Sea. It has two “eyes” giving stereoscopic vision and a pair of dextrous manipulator arms. The latter are equipped with sensors that give the pilot feedback about the amount of force being applied. An on board inertial positioning system allows the robot to maintain its locus even in challenging sea conditions.

The robot is currently being used in a project to recover artefacts from the King Louis XIV’s flagship La Lune in the Mediterranean.