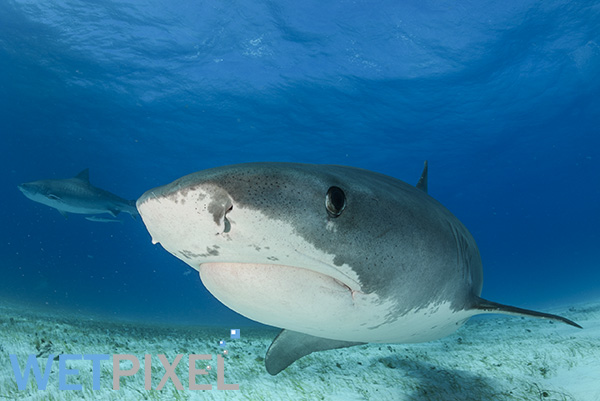 A new paper (PDF) in the Royal Society Open Science journal has analyzed the results of testing the DNA of 112 tiger shark (Galeocerdo cuvier) pups from 4 pregnant females that had been caught off Australia. The analysis shows that each litter seems to have had a single male parent. Typically, most shark species practice polyandry wherein females are mated by multiple males. This helps to ensure genetic diversity among the offspring.

The findings of the study have particular significance for fisheries management. The combination of the “solitary” nature of these sharks, the possible lack of genetic diversity, their long gestation period and delayed sexual maturity make them more vulnerable to over fishing than was previously thought.