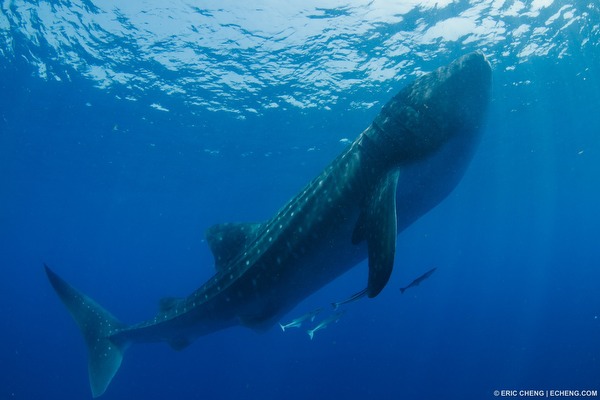 I’m being asked about the kid who rode a whale shark recently, and I have mixed feelings about it. I am, however, sad that there is a witch hunt by so-called conservationists and animal lovers whenever something like this happens.

Whale sharks are listed as Vulnerable by CITES—they are not endangered, nor are they protected in many places of the world. People kill them for their fins. Personally, I wouldn’t (by default) ride a whale shark (even though I have the urge to do so every time one swims up to me), but it is hard to fault an excited kid for doing so. Riding whale sharks where the incident took place isn’t illegal, and it might have actually inspired the kid—and his friends—to love sharks and take part in conservation efforts for the rest of their lives. It’s absolutely true that they could be out there killing sharks instead, which for the most part, also isn’t illegal (update: in this case, the kid does apparently like to kill sharks, which is really unfortunate).

Those of you who have been in the water with sharks know that if a shark doesn’t want to be near you, it can disappear quickly. Never has it been more obvious that is their domain, and not ours (assuming that we are just humans, snorkeling, and are not using long lines or drift nets). If you are touching a whale shark, it is because the whale shark is letting you do it.

Obviously, there are local rules, as well. You might be in a nature preserve or park, in which case you shouldn’t touch anything, and your local guides might also have specific rules about marine life interaction.

In general, I don’t believe in touching large animals in the wild. Wild animals are wild and have the potential to be really dangerous. But sometimes, the right thing to do is to interact. I gave a sperm whale a rub down once (yes, I understand that a sperm whale is a mammal and not a fish, like the whale shark is). The whale swam up to me and closed its eyes, virtually begging to be rubbed, which was the obvious thing to do—the result of a connection between two beings. 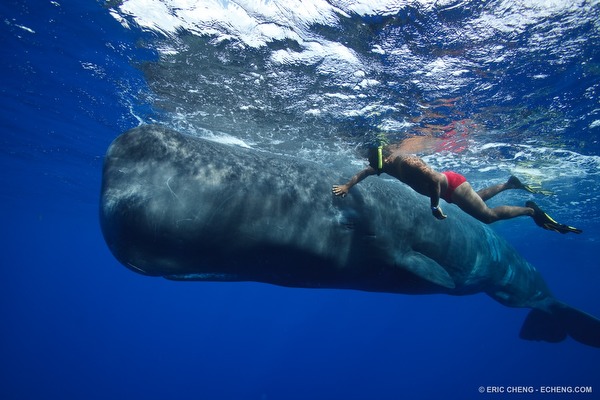 I’ve also had turtles, groupers, tiger sharks, cleaner shrimp, mantas, and more swim up to me for interactions, and in some cases, it was impossible not to make contact with them.

Finally, anyone who is is a fish eater and is angry that a kid rode a shark is a hypocrite.