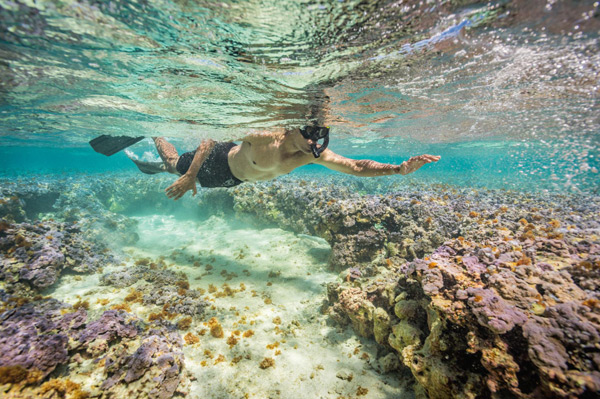 The February issue of National Geographic magazine will contain an article titled Sea of Hope: America’s Underwater Treasures that features a photograph of president Barack Obama snorkeling underwater on Midway Atoll. The image is the first known photograph of a US president underwater and was shot by National Geographic photographer Brian Skerry. The magazine has published a short article with Skerry about his experience as well as a video.

Here is an excerpt from the interview with Skerry: “As we’re getting ready, the president came over and was putting his microphone on and Souza very nicely said, “Oh Mr. President, I’d like to introduce you to Brian Skerry, one of the world’s great underwater photographers.” And the president said, “I know who he is, Pete. I’m a great admirer of your work, Brian.” Which, of course, blew me away.”

The president was their to highlight the expansion of the Papahānaumokuākea Marine National Monument, which includes Midway Atoll among parts of the Hawaiian Islands.