Today was day 4 of the competition and competition day of the fish and invertebrates category. 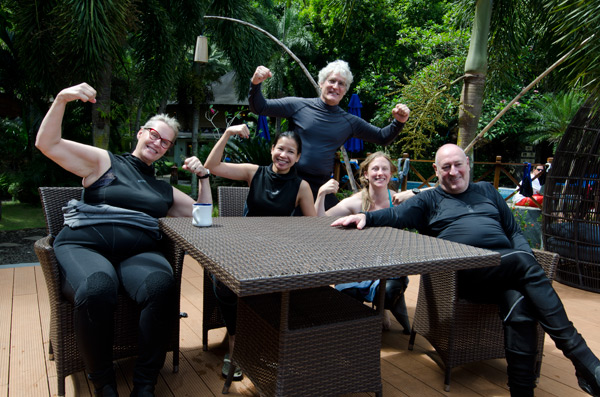 After a little bit of limbering up, Team Lembeh is ready to go! 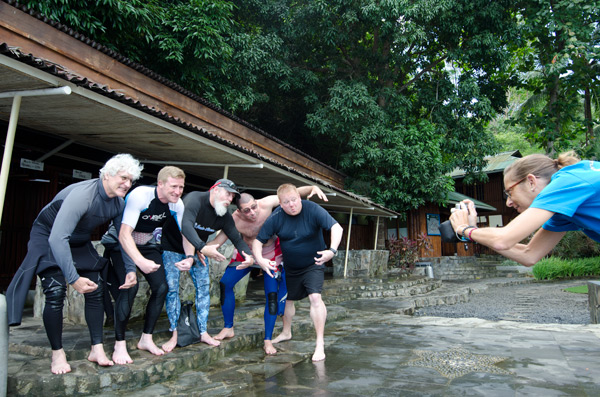 But, not before some photos. 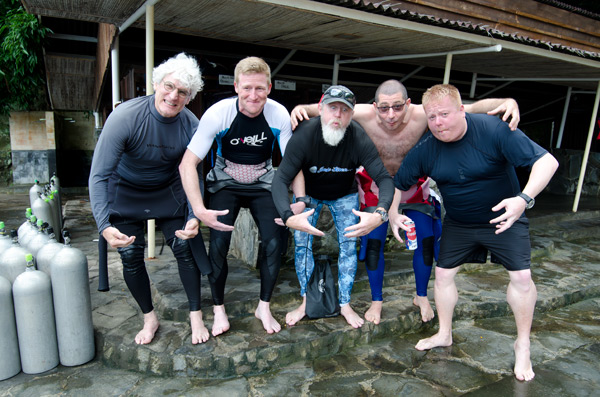 Competitors, or orangutan crabs? That’s what they said they were doing, at least. 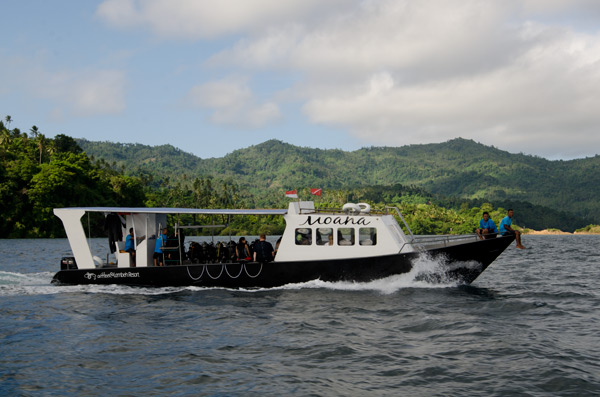 And we’re off to the second competition day of the Shootout. 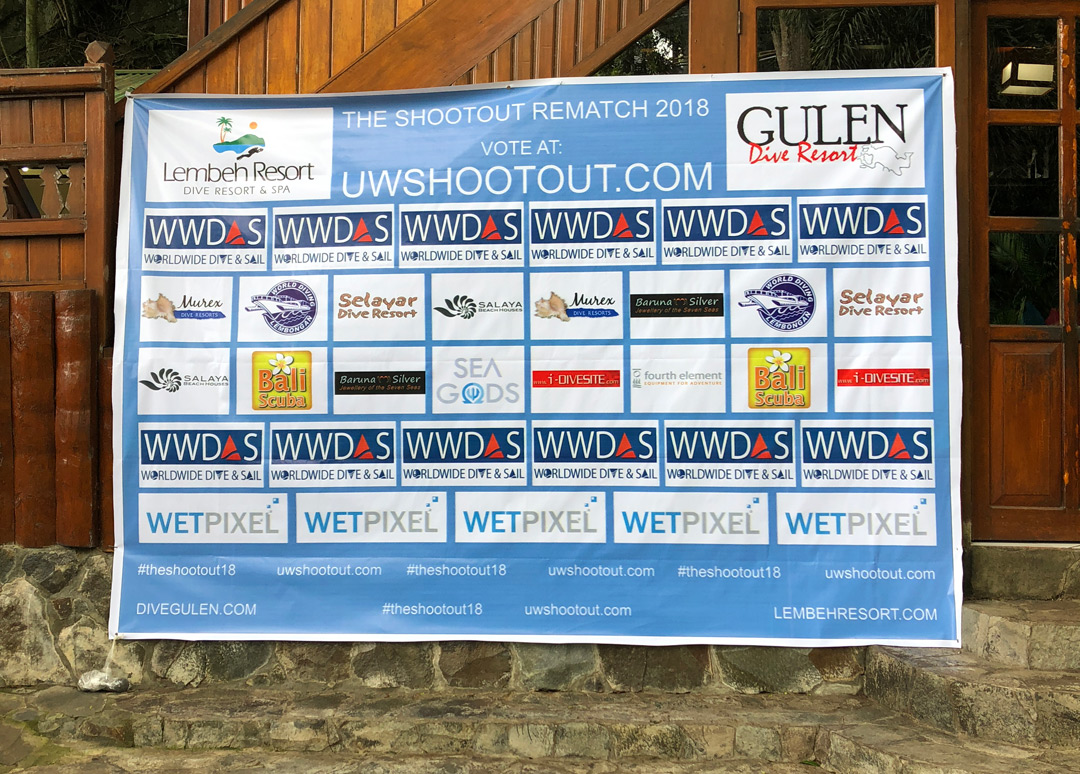 The banner is here and ready for some photos tomorrow 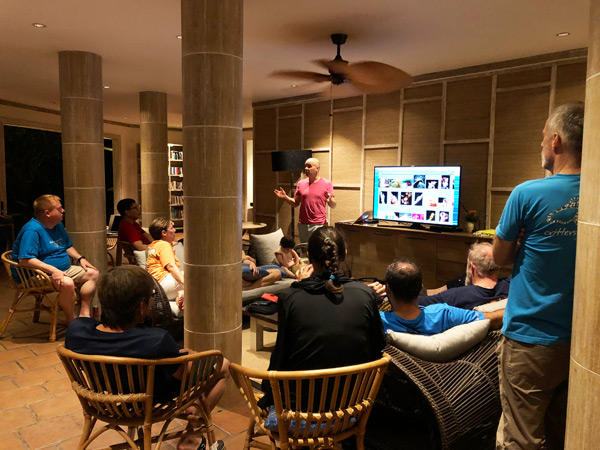 At the end of a long day of diving, competitors selected their best shots from the day and sent them off for voting. 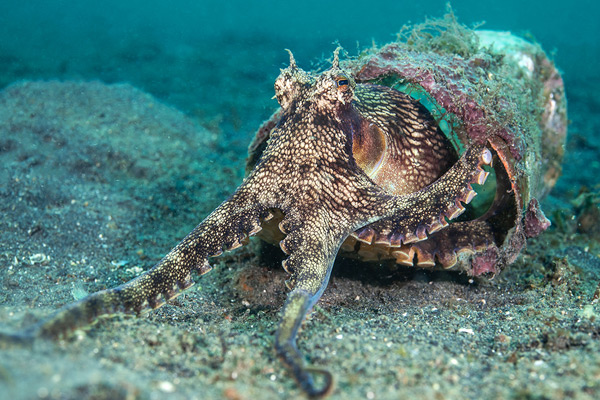 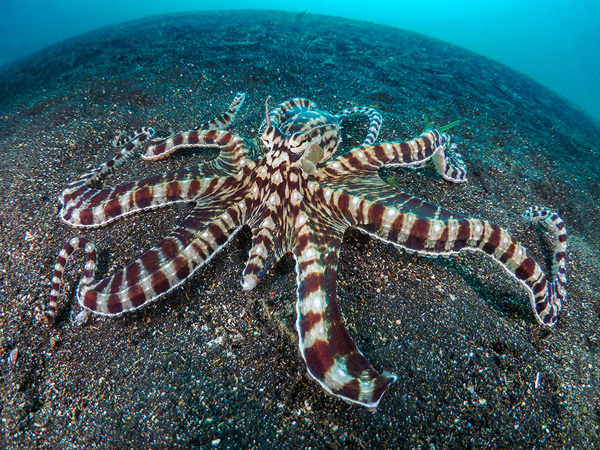 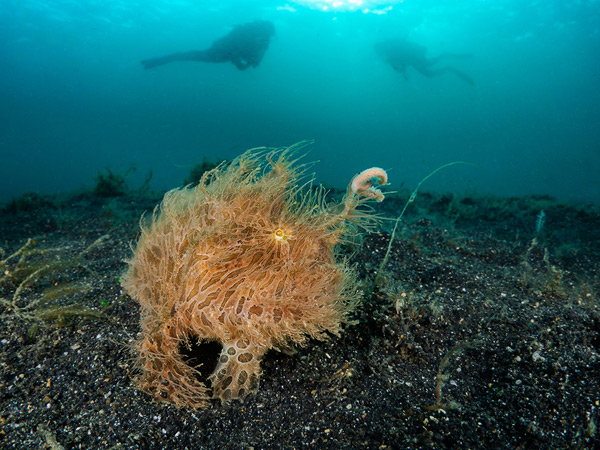 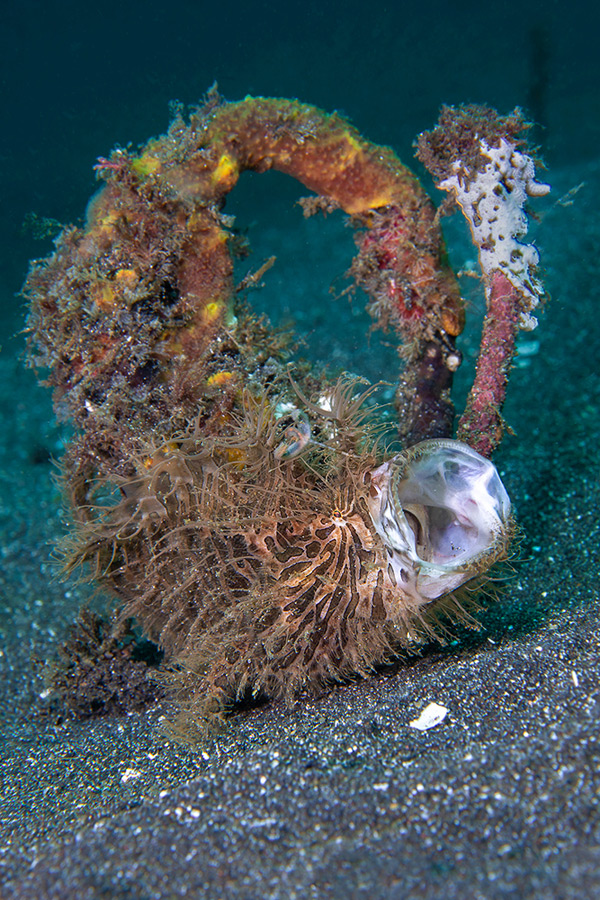 Some might say that Team Lembeh has been going on about their victory in the nudibranch category a bit too much, “Yawn!” 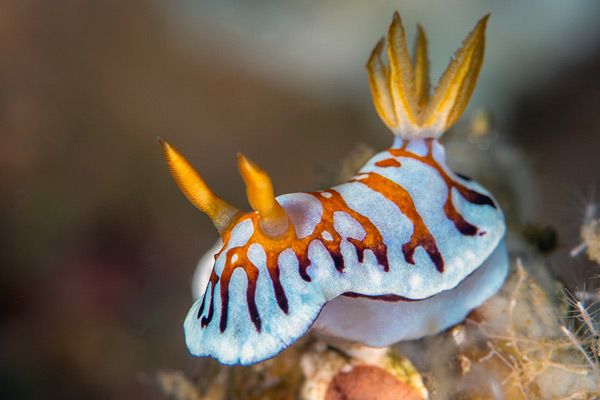 Although we’re supposed to be ignoring them, some slugs are just too beautiful. Eleo Manca found this one, but we can’t find it in any book.

Voting for the Fish and Invertebrates category opens at 10pm CSET. Thank you for voting for your favorite image!

The contest day for the Fish and Invertebrates round at Gulen Dive Resort dawned grey and rainy. The team was not deterred and set off to capture images.

It is amazing how hard they are working to get their images, doing multiple dives in cold water, dressed in drysuits, thick gloves and laden down with heavy gear.

There was a certain amount of equipment modification, with last contest’s “super tube” being resurrected for the day.

Conditions on the surface and underwater have forced a very creative approach, with team captain Keri Wilk planning and coordinating shots and advising on how to set them up. Once they are planned the team has gone out and created imagery.

One feature of diving at Gulen is Eric the wolfish (Anarhichas lupus). True to form, he came out and offered lots of photographic opportunities.

The continuous diving and shooting gets very tiring:

Round 2 of the contest went live for voting at 10pm CEST. It is an amazing body of stunning images. Voting closes at 10pm CEST on 20 June, so please head on over to the contest site, check out the gallery and chose your favorite one!