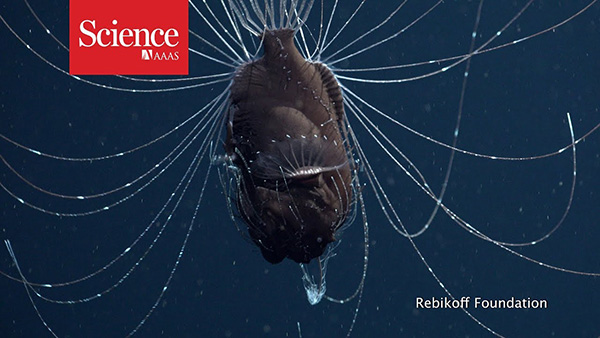 A video shot by a special submersible at around 800m (2624 ft) off São Jorge Island, Azores, shows the first ever recorded footage of a female fanfin sea devil (Caulophryne jordani) with an attached parasitic male. Like other deep-sea anglerfish, the female has a bioluminescent, lurelike appendage (esca) that drifts in front of her head to attract prey. But in the video, the filaments and fin rays also appear to emit light at their tips and at intervals along their length.

The footage was captured during an expedition supported by the Rebikoff-Niggeler Foundation and first released as a Science Magazine exclusive.