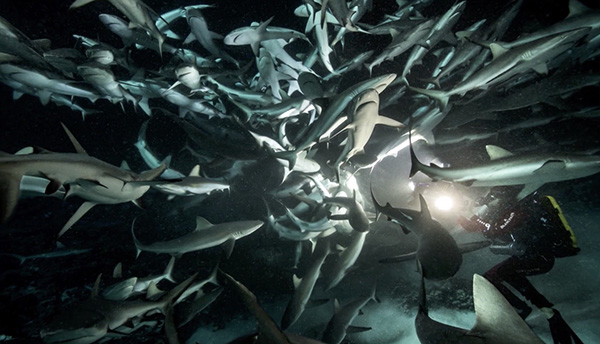 Laurent Ballesta and Blancpain has posted the full film documenting the Gombessa IV expedition to Fakarava, French Polynesia. It features the team’s efforts to explain the mating aggregation of camouflage grouper (Epinephelus polyphekadion) that occurs annually in the Pass, along with the predatory behavior of the large numbers of grey reef sharks (Carcharhinus amblyrhynchos.)

A scientific study of the inverted trophic pyramid that is present in the area was published in the journal Current Biology in July 2016.