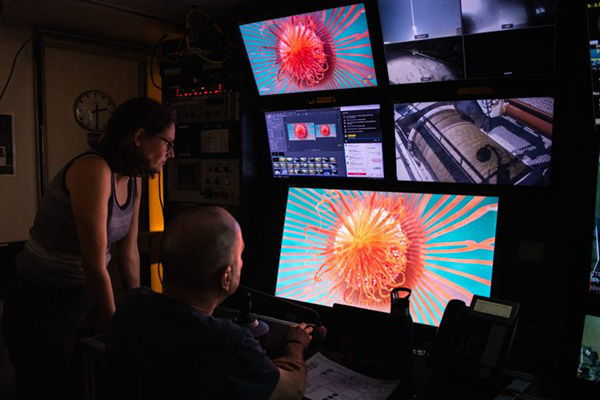 The Schmidt Ocean Institute has shared an amazing 4K showreel of footage captured during their ROV survey of the Ningaloo Canyons, Western Australia. The team carried out over 20 dives and some 180 hours of exploration, they recorded 30 new species, as well as “the longest animal ever recorded.”

The video was captured by an ROV named SuBastian, which can dive to a depth of 4500m (14,750ft) and is equipped with 4K video cameras.

As mentioned above, the expedition discovered around 30 new species, including a new Apolemia sp. siphonophore that is approximately 47m (154ft) long.

The Schmidt Ocean Institute website has live streams from ROV SuBastian’s cameras along with commentary about the expedition in researchers’ latest “Cruise Blog.”