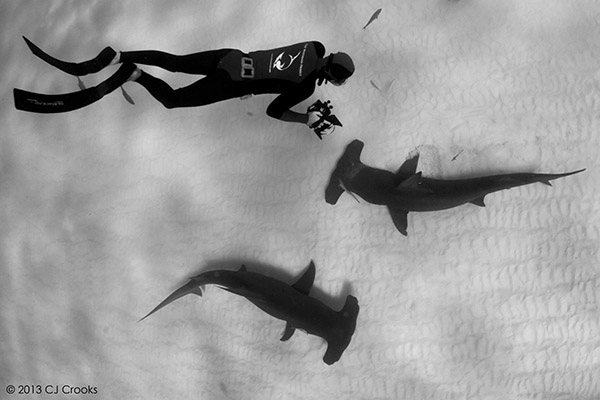 CJ Crooks has produced a short film entitled “Sharks of Bimini”. It features a selection of clips from the day-to day-work at the Bimini Biological Field Station Foundation, aka “Sharklab”, in the Bahamas. He works as the media manager at “Sharklab”.

His primary camera is a Canon EOS 60D in a Nauticam housing with Tokina 10-17mm, new Sigma 35mm and occasionally Sigma 17-70mm lenses. In order to achieve the shark POV footage in the film, CJ attached a GoPro HERO2 to a large juvenile shark in one of the center’s pens in an attempt to see how it would react and whether it could be used as a tool to record social behaviour in the wild.