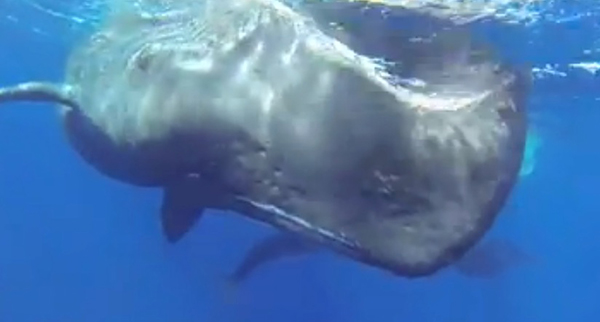 Kurt Amsler has posted an amazing sequence recording the actual birth of a sperm whale (Physeter macrocephalus) on Facebook. He describes it as being the “greatest experience I ever had, in 45 years of underwater photography”.

The video was shot in the Azores, and shows the mother giving birth and being assisted/escorted by several midwives. Kurt and his team had been carefully following the whales for some time and were operating under a special permit from the Azores Government