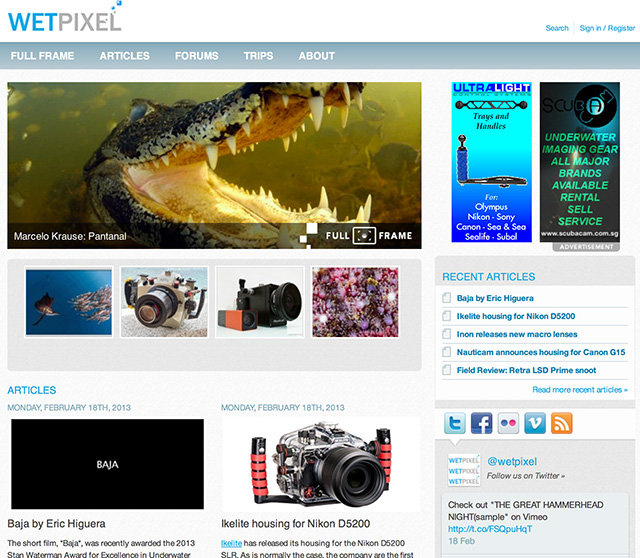 Hello, readers. We are extremely excited to launch the new Wetpixel.com, which has been redesigned to more beautifully celebrate underwater photography and videography. We have a new section of the site called Full Frame, where we will publish photo essays featuring a string of beautiful, large pictures from contributors. Our first two installments of Full Frame feature incredible photographs by David Fleetham and Marcelo Krause.

The forums have been updated to the latest version of the software and supports the Tapatalk iOS app, which allows you to browser the Wetpixel forums from a native app on your iPhone, iPad, or iPod.

Please be patient with us while we allow the site to settle over the next week or two. We’ll be actively making changes to the site to migrate old features over and fix reported bugs. Speaking of bugs, if you see anything strange, please head over to the forums and let us know. You can also contact us directly if you would rather not post publicly.