David Fleetham is one of the most published underwater photographers in the world.  He began diving and photographing underwater in 1976 and has been in Hawaii since 1986.  For the first ten years he photographed in the cold, but rich waters of British Columbia, Canada, and worked as a PADI Instructor and USCG Certified boat captain in various dive businesses in the Pacific Northwest and Hawaii.  From Hawaii, David has been on assignments to, Indonesia, The Galapagos Islands, South Africa, The Bahamas, Micronesia, Australia, Sri Lanka, the Sea of Cortez, China, the Red Sea, the Socorro Islands, numerous locations in the South Pacific and Caribbean, and back to the cold waters of British Columbia.

David's photographs have been published around the globe, with over two hundred magazine covers to date. In 1991 his photograph of a sandbar shark appeared on the cover of LIFE. It is the only underwater image to ever be published on the cover. His award winning work has been published by National Geographic (he has done several assignments for The NGS), The BBC, The World Wildlife Fund, The Cousteau Society, and every North American diving publication. In 2010 David’s image of a manatee was selected from 50,000 entries as the grand prizewinner in the professional division of the National Wildlife Federation’s photography contest.  Galleries and agents in over 50 countries reproduce David’s images thousands and thousands of times each year.  The American Museum of Natural History, The Smithsonian Museum, The North Carolina Museum of Natural History, The London Zoo, Hong Kong Museum, The Maui Ocean Center, The Waikiki, Vancouver, Monterey Bay, New Jersey State, Ripley’s and the Aquarium of the Americas all display his work.

David is a founding member of The Ocean Artists Society, 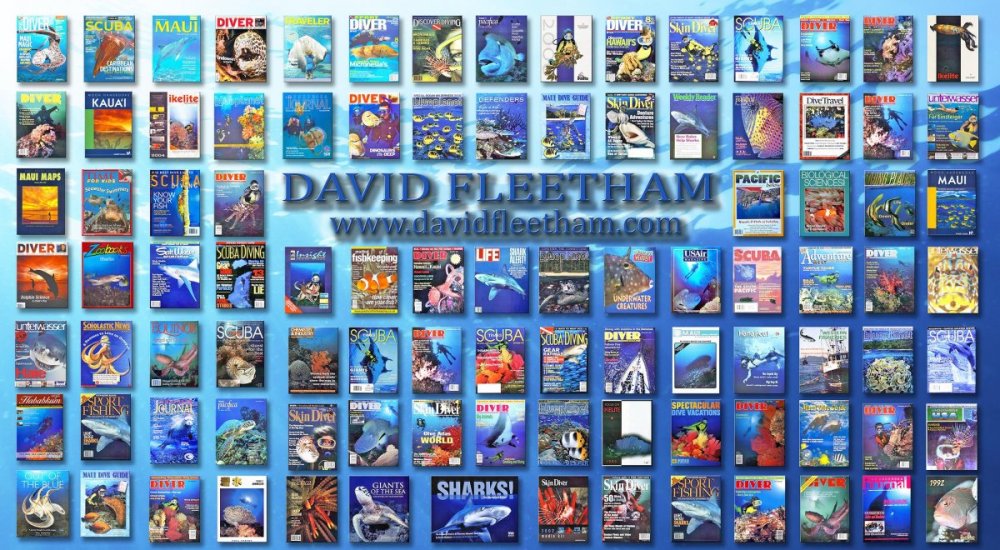