21 illegal shark fishermen were caught and arrested in the Galapagos Marine Reserve last week. Park rangers in the reserve spotted the suspicious vessel through their electronic surveillance. After chasing the main boat and six smaller vessels for a full twenty-four hours, eventually the rangers caught up and arrested all the crew, seized the vessels and recovered the catch.

The illegal catch included 81 sharks that were caught using longlines. The main vessel, the Maria Tatiana IV, was based out of continental Ecuador. 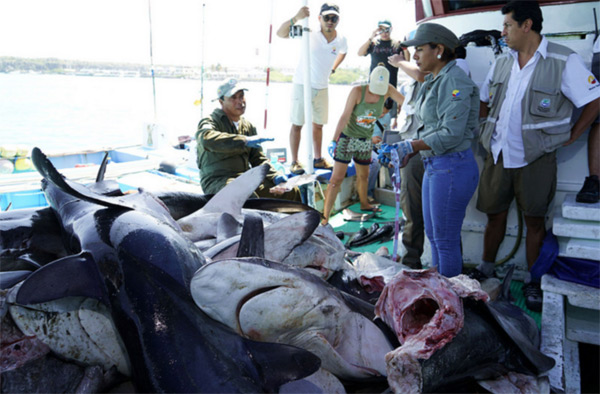