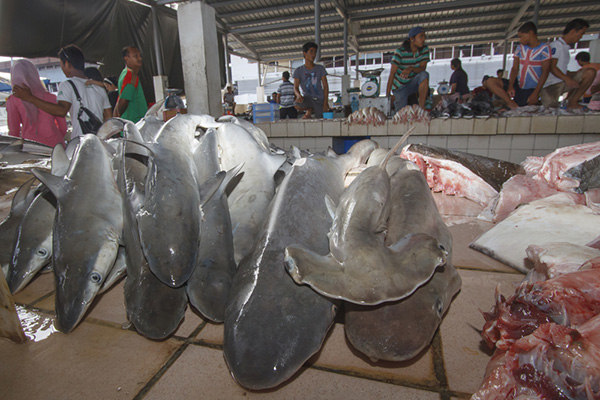 The Guardian reports that the Australian government has submitted a reservation against 5 species of shark that were given protection by the CMS agreement last November. They argue that existing national protections for 3 species of thresher and two species of hammerhead sharks give sufficient protections and that the new international regulation may have “unintended consequences” for Australian fishers.

Alexia Wellbelove of the Humane Society International pointed out that:

“This is a political decision, it has nothing to do with conservation, which is pretty pathetic really,” and “Australia has always spoken out against other countries making reservations under these kinds of treaties, so this move is really concerning. Hammerheads migrate between our waters and Indonesia’s waters, so you can’t just exclude one country ands say, ‘We are doing OK as it is.’ By their very nature, migratory species need international cooperation to avoid extinction.”