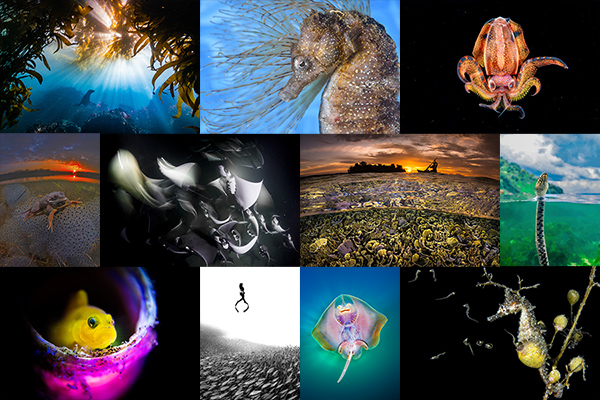 Edition 15 of the Underwater Competition Series, organized by DivePhotoGuide and Wetpixel, is now open for entries! And once again, we have more than $100,000 worth of prizes up for grabs.

The fabulous prizes include trips with some of the world’s top dive resorts and liveaboards, as well as awesome underwater photo and video gear. The prizes are awarded to winners in 10 categories, with the grand prize winner of the Our World Underwater Competition receiving $1000 in cash for the “Best of Show” image.

As usual, photographers of all levels can enter, from beginner shooters to professional wildlife photographers and videographers. The Our World Underwater Competition features technical categories, while the DEEP Indonesia Competition offers themed categories. Once again, the contest judges consist of a distinguished panel of industry experts, including photographers, filmmakers and publishing professionals.

“In this milestone year of the Underwater Competition Series, these contests are the most prestigious in the underwater imaging industry. We’re expecting nothing less than another barrage of stunning image and video entries vying for the spectacular selection of prizes. And we’re very sure our judging panels will once again have their work cut out for them!”

The Our World Underwater Competition winners will be announced at Our World Underwater 2020 on February 29, with the winning images on display at the show. The winners of the DEEP Indonesia Competition will be announced on March 26, with entries exhibited at the DEEP and EXTREME Indonesia 2020 show from April 2 to 5. The winning photographs will also be published by our international media partners, reaching an audience of millions.

The organizers are once again pleased to announce that 15 percent of entry proceeds will be donated to marine conservation efforts.

Check out the amazing sponsors of the contests: