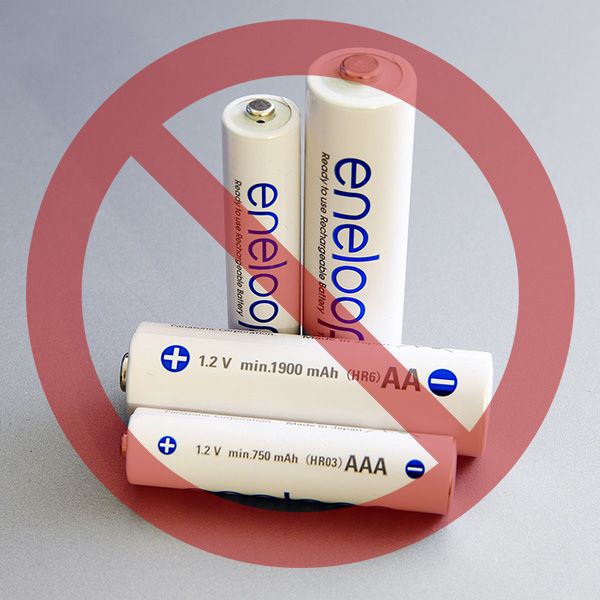 Many strobe manufacturers officially recommend the use of Eneloop batteries with their products. Originally developed by Sanyo, Panasonic acquired the company in 2009 and in 2013 released the fourth generation of the original Eneloop and second generation of the Eneloop Pro. However, guidance on the current Panasonic website specifically states:

A:”Please do not use eneloop Ni-MH batteries in underwater lights or other airtight appliances. Ni-MH batteries feature a gas vent that allows the release of hydrogen when the battery is misused. Gas will not be released under normal usage conditions, but hyper-electric discharge or short circuit can cause internal gas pressure to rise and gas to be expelled. This gas contains hydrogen and sealed devices can’t diffuse the gas, so any source of ignition may potentially cause fire.”

It should be pointed out that many, many images have been taken with strobes that have been powered by Eneloop batteries since they were first released in 2009. As yet, I have not heard of any exploding. However, it remains to be seen how the strobe manufacturers will respond.