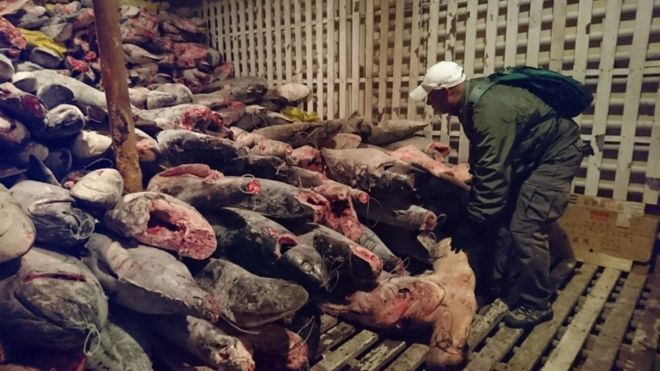 A Chinese fishing boat with its 20 fisherman has been seized in the Galapagos Islands. The boat held 300 tons of fish, mostly sharks, and is the largest vessel to be seized within the Islands. A judge on the island of San Cristobal has ordered the crew detained until court proceedings commence. The fishermen face up to 3 years if sentenced to trafficking protected species.

Tarsicio Granizo, the environment minister of Ecuador, had this to say about the capture:

“Not necessarily all of the catch came from the marine reserve, but the fact that it included young sharks, even baby sharks, indicates that they could have been caught inside the reserve.”