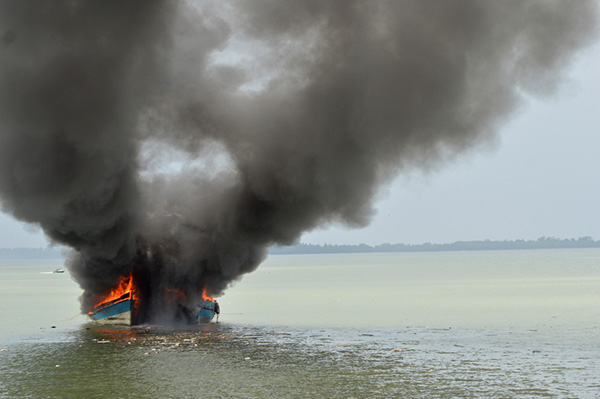 The Indonesian government has deliberately sunk a further 81 foreign vessels that had been caught illegally fishing in the nation’s waters. The Bangkok Post reports that the boats were of Vietnamese, Philippine, Malaysian and Thai origin. The ships were blown up at sea in 12 locations around the archipelago on Saturday.

The recent sinking bring the total number of illegal fishing vessels sunk by the government since 2014 to 317.