Note from Editor: This article is an official reply from INON Japan that explains how the INON D-2000 strobe's S-TTL technology works. You can also download this article as a pdf.

Our latest D-2000 strobe employs dramatically advanced technology comparing to existing underwater strobes. Part of the technology would be hard to understand and have had to be speculated by individual test like Mr. Scheunemann has executed. We would be appreciated those individual tests but some of them seem to lack accuracy. Please let us take this opportunity to show a part of our technology used to the D-2000 for deeper understanding of the product for D-2000 owner and better understanding for future D-2000 owner.

Below waveform images show that the flash duration and flash waveform of the D-2000 is very much similar to those of built-in strobe of Canon S-60 or Olympus C5060. (The flash of the D-2000 is much more powerful than built-in strobe and the waveform is higher than internal strobe’s waveforms. But in the waveform images, the height is intentionally adjusted to be same as built-in strobe’s for comparison.) This means that the D-2000 can exactly duplicate controlling signal of a camera when the signal reflects to built-in strobe. D-2000 is designed to have optimum flash characteristic (fundamental factor of a strobe) for slave TTL. There is an adapter for existing strobe to work the strobe as slave TTL. It should work in certain shooting distance, but it is hard to work in wide range of shooting distance especially underwater for following reason. 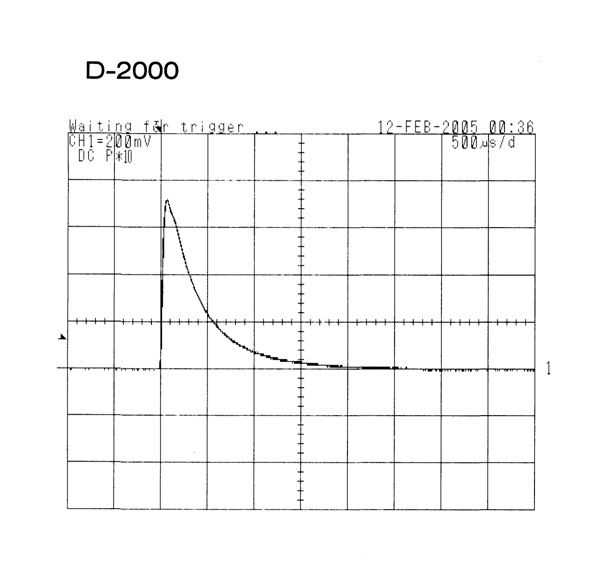 Flash duration of Z-220 or YS-90DX (and other YS-90 series) is approximately more than five times as long as D-2000 or camera’s built-in strobe. Therefore it is hard to control those strobe by internal strobe signal to work as slave TTL. Moreover as in waveform images of Z-220 or YS-90DX, existing strobe has moderate flash output decay with different decay curve which cause exposure variation in middle/long distant subject. There is a slave TTL adapter with amplify/delay function to minimize the variation. However it would be bit hard in its setting like gathering data underwater and it can work at certain distant subject but it is hard to completely adjust variation of amplification/delay at middle/long distant subject. Since existing strobe has longer flash duration, it is hard to completely synchronize in fast shutter speed. 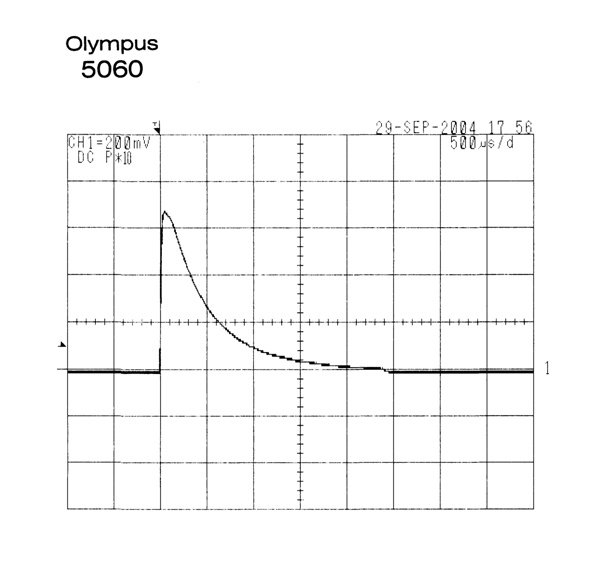 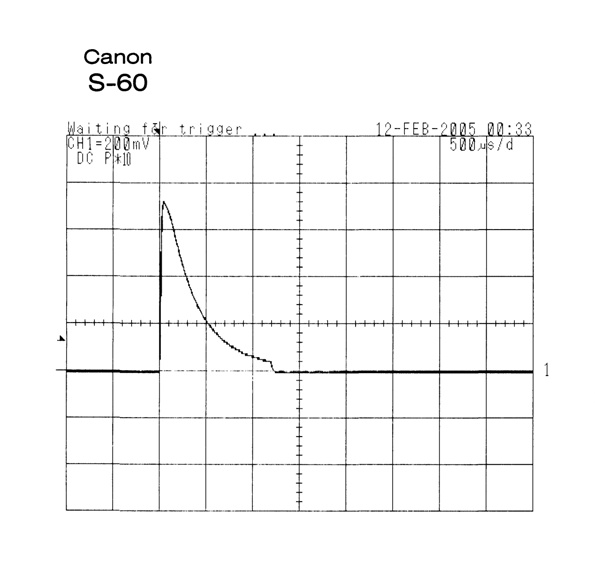 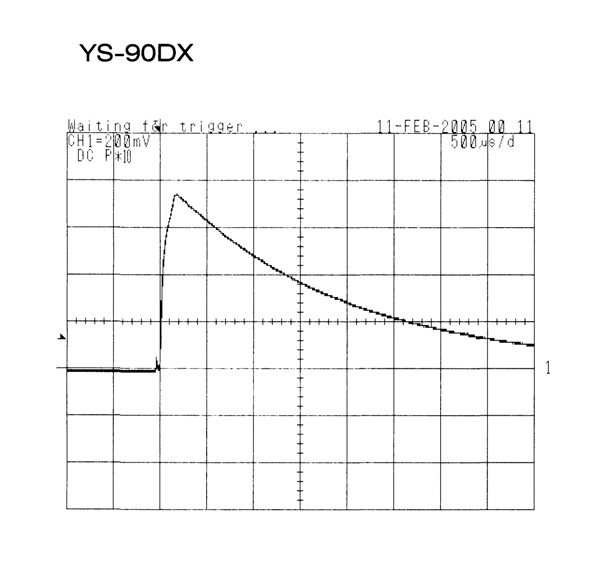 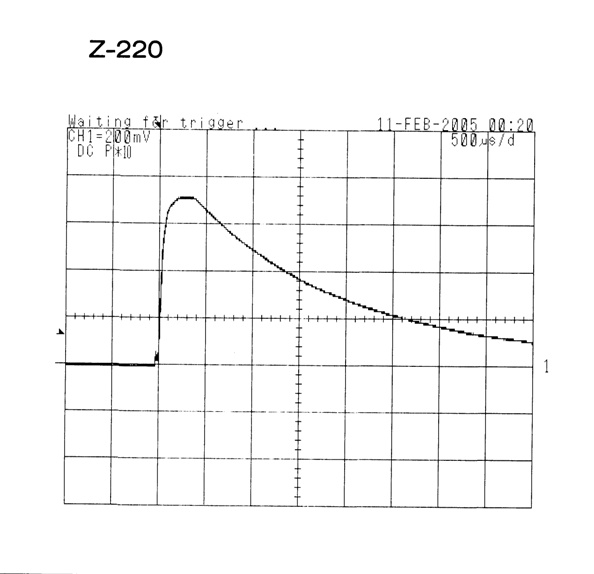 'D-2000 employs fiber optics system which prevents the D-2000 flash light from affecting to its sensor and acquires reliable performance.'

D-2000 can not have such a problem for several countermeasures. The slave sensor of the D-2000 is designed to obscure from light and INON Optical Cable Holder (component part of Optical D Cable/Cap W* Set) fix a fiber optics so that the cable surely face to internal strobe. So the D-2000 does not need other apparatus like Recorded TTL to accommodate such a problem. TTL system of the D-2000 is not recorded but 'real-time' TTL. Since S-TTL is real-time, there is no restriction for shutter speed. (Recorded TTL normally requires shutter speed not faster than 1/250). Also the D-2000 is compatible INON unique Clear Photo System which shuts visible light of internal strobe to take clearer image underwater.

'Underexposing in macro shot (within approximately 0.3m) when shooting in S-TTL with its Focus Light being "ON', is normal characteristic of a camera.

The Focus Light of the D-2000 illuminates a subject much brighter. When pressing shutter release button half-way with the subject being illuminated by the Focus Light, Auto Focus (AF) is locked and then Auto Exposure (AE) is locked before the shutter is fully depressed.

The camera already calculates correct exposure at this stage. A camera with TTL strobe control in manual exposure mode, calculates correct exposure factoring in outside light if the outside light is bright. (Certain Canon camera does not have TTL Strobe control in manual exposure mode). When the shutter is fully depressed, strobe emits pre-flash and strobe exposure is fixed. Finally the strobe emits main-flash.

The Focus Light of the D-2000 automatically turns off during shutter is open to prevent exposing focus light on image. So in macro shot, a subject illuminated by the Focus Light at pre-flash gets dark at main-flash for the Focus Light being OFF resulting in underexposing for the reason mentioned above. 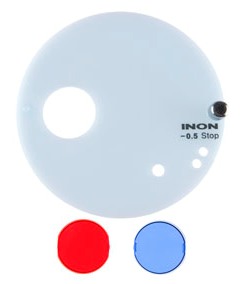 There might be considerable influence in test shot for close subject on land but the influence gets less underwater since light decays underwater. However, in macro shot with open aperture or slow shutter speed, the influence could be observed. To prevent this influence, we provide two countermeasures. One is red sticker on the Focus Light and the other is red filter on diffuser panel. The red filter is detachable so user can use it when necessary depending on personal shooting style. The red filter/sticker also helps to soften focus light not to stimulate shy subject. The blue filter is for non pre-flash type camera in slow shutter to increase color temperature of focus light and not to have a flat spot in case focus light exposing in an image.