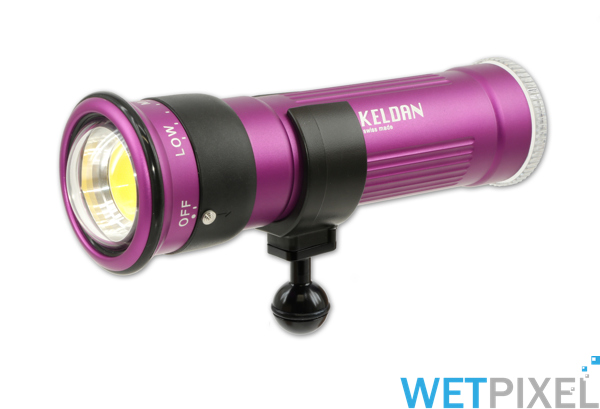 Keldan has announced an updated version of their high color rendering index (CRI) 8X video light. It offers 11,000 lumen output with a CRI of 92. Control is via 9 output steps, with a burn time of 45 minutes at full power. Beam angle is 90°, with a gradual edge fall off and color temperature is 5400°K

Keldan is releasing an upgrade of its high CRI version of the Video 8X series model. The name of this new version is “VIDEO 8X 11000lm CRI92”.

The luminous output has been increased to stunning 11000 lumen with an outstanding color rendering index of CRI92. The correlated color temperature (CCT) is specified with 5400K. The actual output is measured at operating temperature in real world conditions.

With its small form factor and low weight of only 870 grams, it is extremely travel friendly and fits easily in a standard gear bag.

The mechanical design is essentially the same as the high flux version Video 8X 13000lm CRI82. The only difference is the use of a different LED with a smoother spectrum to obtain studio quality color rendering. As with the high flux version, the high CRI version uses the same wide range LED driver circuitry with 9 step power regulation This offers a variable output from 270lm (20 hours runtime) up to 11000lm (45min runtime). The light is fully protected against overheating and will automatically reduces the power to a safe level when the light is operated in air.

The Video 8X 11000lm CRI92 takes advantage of a well thought out thermal design of the head to effectively cool the LED array, allowing for the highest output and maximum efficiency in an extremely compact form factor. 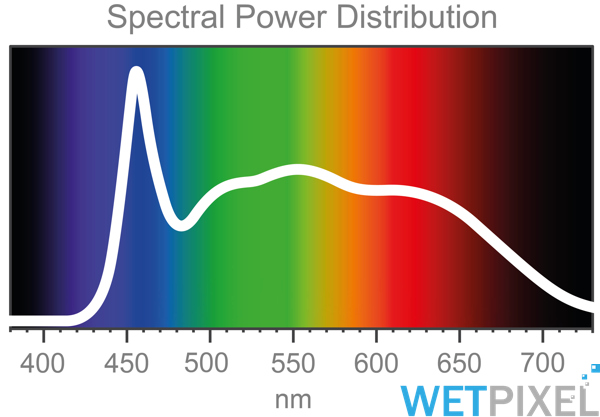 The high CRI version of the Video 8X series is regarded as the preferred light for shooting macro and is used by professional videographers around the world. This nice upgrade is sure to continue that tradition!

The quality of beam pattern also remains unchanged, with the same smooth, even and wide beam angle Keldan users demand. To the keen eye of the underwater videographer, the shape and quality of the beam is paramount. The dome of the Video 8X allows for an 110º usable beam angle with gradual falloff on the edges. There are no hard edges to contend with, even with ultra wide lenses. Beam angle in water when measured using the FWHM standard of 50% intensity is 90°, but that doesn’t accurately represent the beam pattern of these lights. The usable beam angle is much wider thanks to a very even and gradual edge falloff.