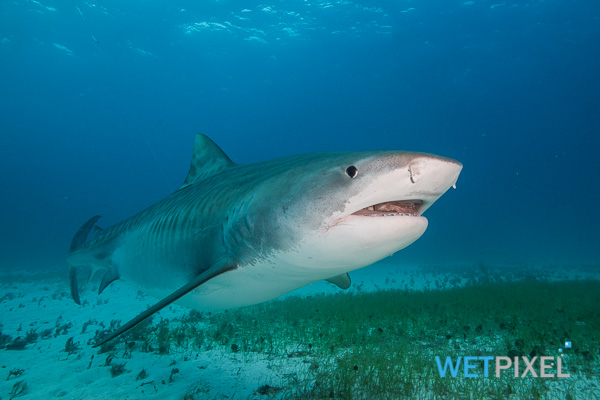 The National Oceanic and Atmospheric Administration (NOAA) has decided to open commercial shark fishing at Jupiter, Florida. This targets all species of shark found in the area, including lemon (Negaprion brevirostris), tiger (Galeocerdo cuvier), and hammerhead (Sphyrna mokarran) sharks. It is perhaps important to note that NOAA has not proposed any form of catch limit on the fishery, nor any measures to prevent the commercial fishing of shark protected by CITES.

There is an online petition asking NOAA to reconsider and it would be helpful if you could email NOAA, expressing your disagreement with with their decision. An outline email text is below but please feel free to write to them in your own words if you prefer:

We cannot understand the logic or rationale behind your decision to permit commercial shark fishing again and feel that it behoves you to share with us its basis. It seems completely contra the trend that accepts that the world-wide decimation of shark populations will result in the loss of viable populations of apex predators in the foreseeable future.

No reasonable fisherman and fishing community is in favour of the loss of viable populations of of any fish species. Yet, that is exactly what will result from this decision, especially as it allows fishing so early in the winter season. Whilst the commercial fishing of spinner and blacktip sharks is understandable as their populations are still numerous, lemon, tiger, and hammerhead sharks are critically threatened. The latter are also protected under CITES and as such, NOAA is required to ensure that they are not fished commercially.

We humbly request that you help us to understand the rationale for the decision and give serious consideration to its reversal in the light of the above.