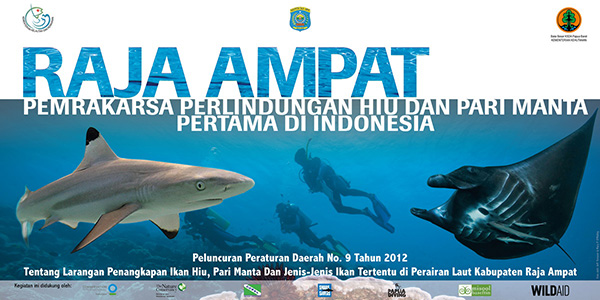 Shark Savers has announced that the decree that created the Raja Ampat Shark and Ray Sanctuary has been written into provincial law by the Raja Ampat parliament. The sanctuary was originally created in September 2010 by use of a local Bupati decree, after the council was presented with an 8,500 strong petition. Since then, Shark Savers, Conservation International, the Nature Conservancy, WildAid, CORAL, Papua Diving and Misool Eco Resort have campaigned to get it enshrined in a more permanent and enforceable law. The resulting legal framework is the first of its kind in Indonesia and the Coral Triangle.