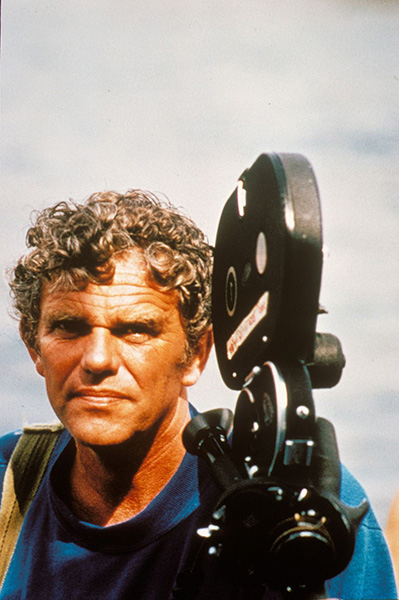 It is with great regret that I have to inform the Wetpixel community that another of the great image making pioneers has drifted off into the great blue. Chuck Nicklin died peacefully in his sleep earlier today. Chuck was a pioneer diver, photographer, and cinematographer. Among his films credits were James Bond movies, The Abyss, and The Deep. He founded The Diving Locker, San Diego UnderSea Film Exhibition, and was a co founder of San Diego Underwater Photographic Society. He will be sorely missed by the image making community and our love goes out to his family and many friends.

We have started a thread on the forum for those wishing to share condolences, anecdotes or thoughts.

For those who knew Chuck Nicklin or that are interested to know who he was: I can tell you that Chuck loaned me his housed Nikon F2 camera for an afternoon at San Clemente Island when I was first trying my hand at underwater photography just because he knew I was interested. I can tell you that he took me diving with blue and mako sharks on trips when not everybody got to go. And, I can tell you that one day while diving off North Island at Mexico’s Coronado Islands just south of San Diego, Chuck and I saw a pair of orcas swim below us. I think we were the only two divers that caught a glimpse of the killer whales. It was just a flyby, but a memorable one.

But the story I want to share most is as follows: Not long after I got hired to work at the San Diego Diving Locker I caught an elbow playing in a pickup basketball game and got a real beauty of a black eye. The gang at the shop was riding me pretty hard about it. I thought it was funny and, perhaps, a sign of acceptance.

Later that afternoon after I had gone home, I saw Chuck’s blue Porsche pull up into the driveway at my apartment. I thought I was going to get fired, so when the doorbell rang, I sure as heck didn’t answer it. Chuck was running around with Hollywood stars and starlets in those days. I was the new guy at the dive shop and I had no idea why else he would be coming to see me. I was dead broke in those days. I had a mattress, but no box springs, a table, chair, and a lamp- and maybe a light bulb. I was renting a rat trap of an apartment in Pacific Beach and I was thoroughly embarrassed about that.

No question, I needed a job. But more that that, I wanted to work at the Diving Locker.

The next day at work, I tried to dodge Chuck hoping that I would not get the axe. Chuck found me and told me he was sorry I was not home when he came by my apartment the previous afternoon. He told me he had come by to ask if I wanted to go with him to La Jolla to play croquet and cook some burgers with the gang. That was Mr. Hollywood, the guy who was making sure the new kid on his staff with the shiner who was getting teased unmercifully wasn’t going to be left out.

I didn’t tell Chuck and Roz that story until a few years ago at a Long Beach Scuba Show. Chuck laughed.