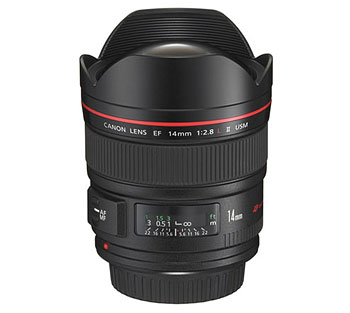 Thanks to my friends at Canon Professional Services, I just received the new version of the Canon 14mm lens, the Mark II, for my evaluation.  See The-Digital-Picture.com’s review for some insight into this lens versus the previous 14mm.  There is a mouse-over comparison picture that shows some of the aberrations of the first lens versus the new 14mm II, which represent fairly significant improvements, but from my point of view the original 14mm was simply unusable in a housing.  The corners were SOOOO very bad underwater, no matter what port or port extension I tried.  See my article from the July 2006 issue of Scuba Diving Magazine that discusses the issue.

Actually, I was pretty doubtful the new 14mm could be all that much different.  I hoped it would be better than this one! 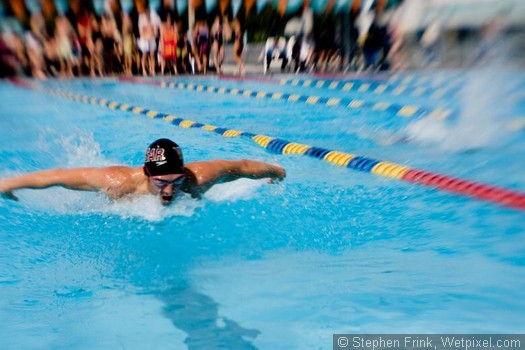 Just kidding, this one is with a LensBaby, purposely weird.

However, the 14mm II at $2,000 is an expensive lens to buy on blind faith.  When the lens arrived I didn’t have time to really test it, but as we were having our annual college swim invitational at our local pool, I figured I’d give it a try.  I eyeballed the length of the lens and went for a PVL30 and my Seacam Superdome with my Canon full frame 1DsMKII.  Here are some of the shots from the first time in the water with this lens, with a polecam no less: 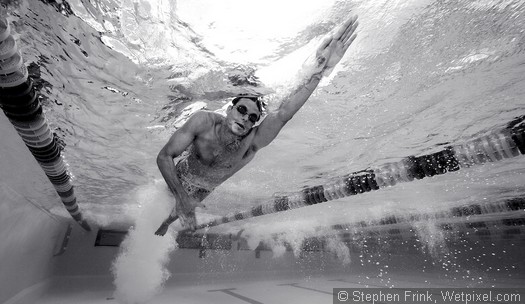 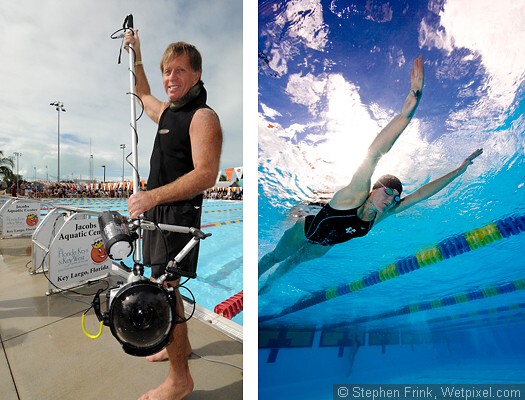 The lens seemed really quite sharp, and while I didn’t have a lot of subject matter in the corners like I might have on a coral reef, the shots where the lane markers appeared in the corners led me to believe the new 14mm was nothing like the old 14mm, and therefore deserved some serious testing.

The Test Procedure – All testing (unless otherwise stated) is done with the 1DsMKII in Seacam housing with a coated Superdome.  The focus is always on the exposure slate in the center of the frame, and the green signs are purposely situated in the corners about 20 inches closer to the lens than the focus point.  Unlike tests done on a single plane, like topside shots of brick walls, I like to simulate the problem areas for wide angle lenses underwater, and that is almost always soft or distorted corners, particularly when the reef wraps closer to the camera than the subject of primary focus.

Relative angle of View (topside) – Here I compare the Canon 15mm fisheye, 15mm fisheye with Tamron 1.4 teleconverter, 14mm II, and 16-35mm II in terms of angle of view and corner sharpness.  Focus is on the exposure slate, with the forward corners inevitably challenged by depth of field issues at F-4: 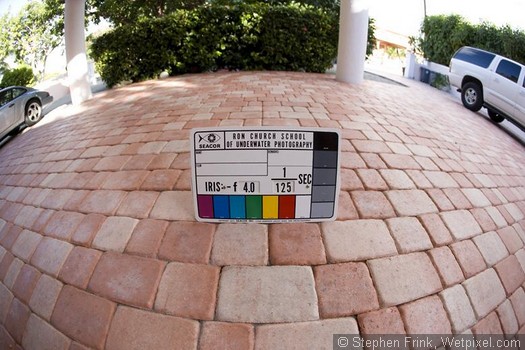 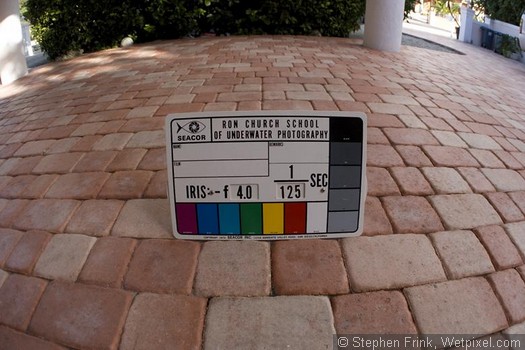 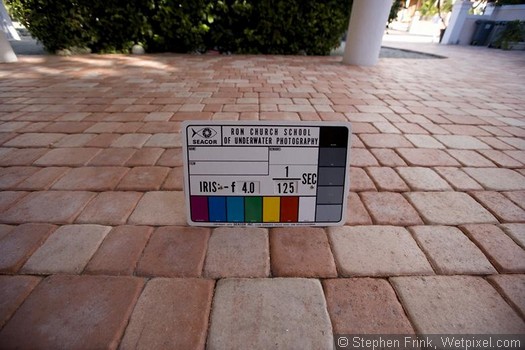 For topside corner performance at F-4, both lenses are quite nice.  Better than the 15mm + Tamron, and, predictably, not as good as the 15mm full frame fisheye.

I’d read that the chromatic aberration on this lens was an issue, particularly in the damning comparison of the new Canon 14mm II and the new Nikon 14-24 posted at 16-9.net.  So, I did the traditional tree branches against sky shot at F-5.6, but truthfully did not see an issue until I got to about 200% magnification, and even then it was not much different than the 16-35II, and far better than the 15mm.  The guys at 16-9 are excellent at what they do, and their tests are full of wonderful data, but I could not replicate the chromatic aberration issue they showed with their lens.  Maybe there is some variability lens to lens, or some issue specific to the 1DsMKIII they used for testing (I used a 1DsMKII body). I can’t speculate as to the disparity of results.

With less barrel distortion than the 16-35mm II, similar center sharpness, and not even drastic flare characteristics, for topside use this is a very nice lens.  Massively improved over the previous iteration Canon 14mm. Flare patterns are below: 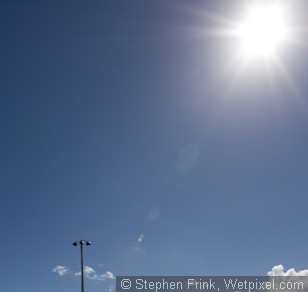 Underwater Tests – If anyone is ultra-obsessed with pixel peeping I can send a DVD of the RAW images, but here’s the CliffsNotes: 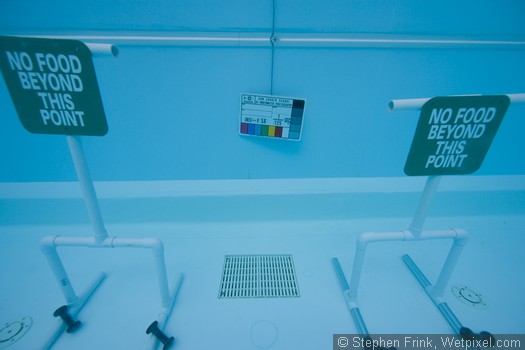 14mm II, PVL30, Superdome, F-2.8 (Click image for 50% magnification crop)
But, it is so very much better than the 16-35mm II, no wide-angle shooter using a Canon full frame camera can afford to ignore this lens! 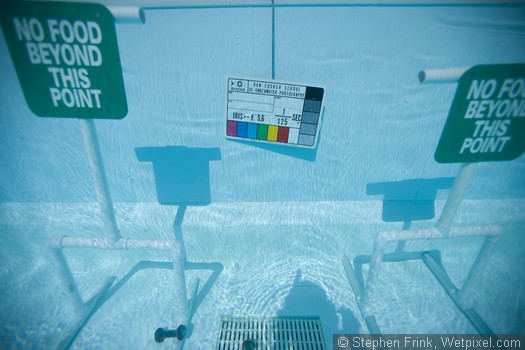 Important Note - OK, no one typically shoots wide-angle at F-16, but maybe it is time to reconsider our base ISO for wide-angle now that the new cameras are so much better performers at higher ISOs.  This lens was introduced at the same time the Canon MKIII bodies came out, just as Nikon introduced the 14-24mm zoom with their full frame D3 bodies.  Both cameras push the envelope for high ISO/low noise capture.  If our base exposure is F-8 at 100 ISO, maybe it is reasonable to bump our working ISO to 200, therefore giving a base exposure of F-11, all else being equal.  If the quest is clean corners, and the new MKIII can handle ISO 200 (or even 400 ISO), this could be a significant solution.  Even with the MKII bodies, the difference between ISO 100 and 200 is certainly acceptable.

Here is a graphic representation of how important depth of field and working aperture is to corner performance. 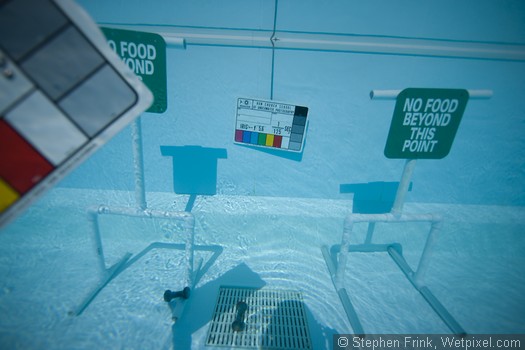 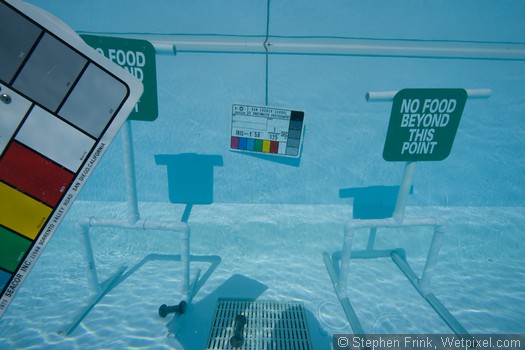 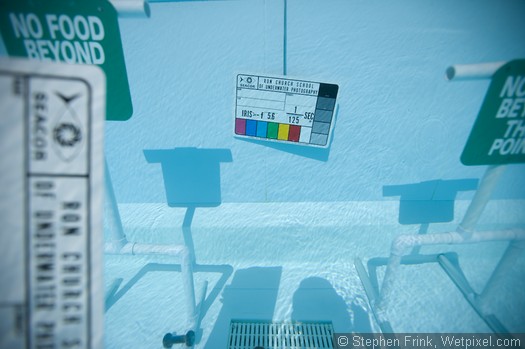 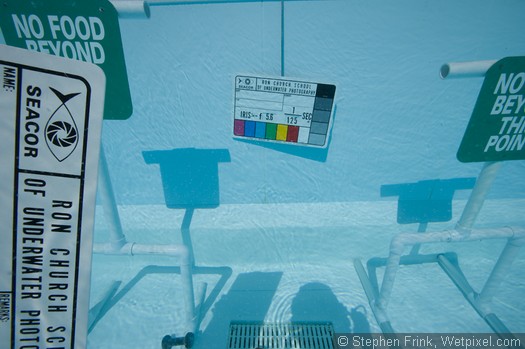 Everything I’ve showed so far has been on the full frame camera, but the 14mm is a terrific tool when used in conjunction with the 1.25 crop on the 1DMKII (used for the images below) or the 1DMKIII.  Here are some more pool shots of Olympic hopefuls training in the Upper Keys with 14mm II on a Canon 1DMKII:

Bottom line, this lens is a very strong potential contender for any wide-angle shooter using a Canon full frame or 1.25 crop digital camera.  However, the subjects we encounter in the open ocean are more challenging than subjects we can control in the pool.  They are multi-dimensional, and very often have subjects in the corners that are much closer to the sensor plane than the point of primary focus, typically more in the center of the frame.  This has traditionally been an issue most all wide-angle lenses on digital cameras, and I suspect on film cameras too, but with digital cameras we can easily peek into corner performance at 100% magnification and optical flaws become obvious at a glance.  So, how does the Canon 14mm II perform in the ocean?

To find out I did a shoot on the Aquarius Habitat, located off Conch Reef in the Upper Florida Keys.  I used a Canon EOS1DsMKII, 14mm lens, Seacam housing, Superdome, and PVL25 port extension. 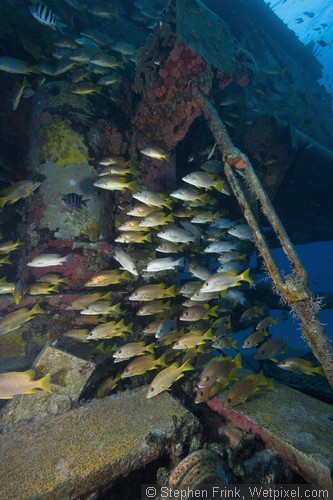 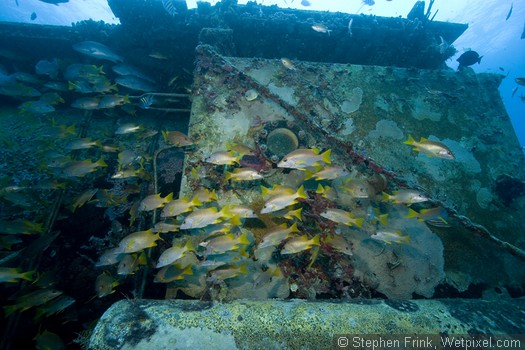 Conclusion – The new Canon 14mm II lens is much, much better than the original 14mm lens.  It is now a very viable tool for anyone shooting a full frame camera.  It is especially valid for someone shooting a 1.25 crop, like the new 1DMKIII, who might need the extra wide-angle coverage over the 16-35mm, but doesn’t want the barrel distortion of the fisheye.  Is it a panacea, perfect in every way?  No.  The corners are still a little soft and distorted even at the F-11 aperture of most of my test images.  It offers better corner performance than the 16-35II, but without the advantage of being able to zoom to cover both wide-angle and fish photography on the same dive.

Here is a shot from the same outing, second dive, this time with the 16-35II zoomed to 35mm. Clearly, the zoom is more versatile, so the question I have to ask myself is why buy a 14mm lens as well? The 14mm is slightly wider, 114-degrees diagonally compared to the 16-35II at 108-degrees at the wide end of the zoom.  Are better corners and wider angle of view worth $2000 to someone who might already own a Canon 17-40mm or 16-35mm? 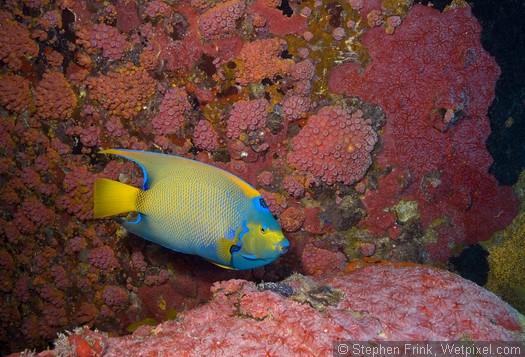 To me it is, especially for over/unders where it is necessary to avoid the extreme distortion of the 15mm lens, yet provide better depth of field than is possible with the 16-35mm II lens.  Plus, the 14mm II will make it possible to get closer to very large subjects and still fit it in the frame.  Less water = greater resolution and color saturation.

Lest Ye Judge Too Harshly – Just for final clarification, here is a shot of the 16mm end of the 16-35mm II, 1/60th second at F-10, full frame and 50% crop (lower right corner).  The new 14mm II may not be perfect for in-water applications, but it fills a much-needed optical niche, the ultra-wide rectilinear, better than any other tool out there right now. 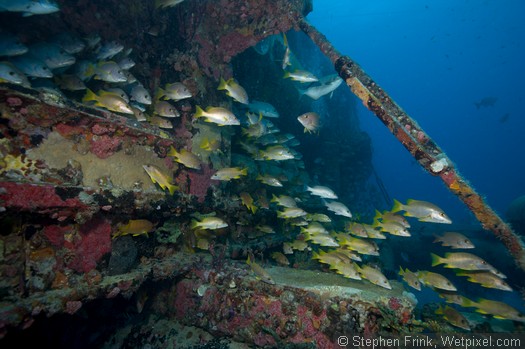