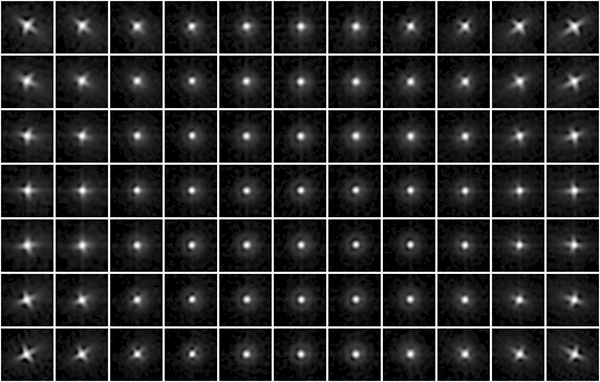 Researchers from the University of British Columbia and University of Siegen have developed a computational model that allows some startling results from a simple single element lens. The process involved is called “deconvolution” and it predicts a lens’s “point spread function” or, in other words, the way point light sources are blurred by the optics.Once this is established, an algorithm can be computed that corrects the distortion and produces a sharp, realistic image.

The researchers point out that if perfected, simple lens could replace the complex multi-lenses with multiple elements.